It's a pretty special day today. Not only do I have a new pattern for you, but I am celebrating the seventh birthday of my blog. The actual birthdate is September 18, 2013 with my Ta Da! post. I didn't celebrate on that day because the originally planned pattern to release on that date did not happen because a sweet reader contacted me asking if I had a pattern for this quilt, and well, why wouldn't I oblige? I actually had the pattern almost written anyhow. Of course it had to go through proper testing, and of course there will be gifts since it's a birthday of sorts. 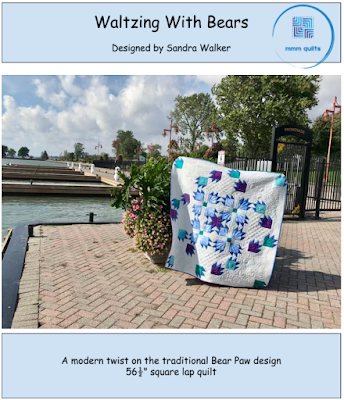 Strangely enough that photo, taken by my grandson, Brady, was October 6 last year. Little did we know what was about to happen to the entire planet...

The quilt, Seaside Rose, (that link is to the finish post) that I was working on in my first blog post is one of my all-time favourites. We sleep under it each July.
Now the Bear Paw block was the block that got me hook, line and sinker, or should I say paw, bees and honey into quilting. Briefly, it was a contest at the local fancy fabric/budding quilting shop at the time where you paid $1 for the pattern, made the block, brought it back within the week and one winner was drawn from all those entered. I won. So I had to learn what to do next. That was 1995.
I got the Bear Paw Block on Board die last year from AccuQuilt. (affiliate link). As an Island Batik ambassador, we had to make a quilt using that die. I designed this one, a modern take on the traditional Bear Paw block. It is a throw quilt size, 56 1/2" square. 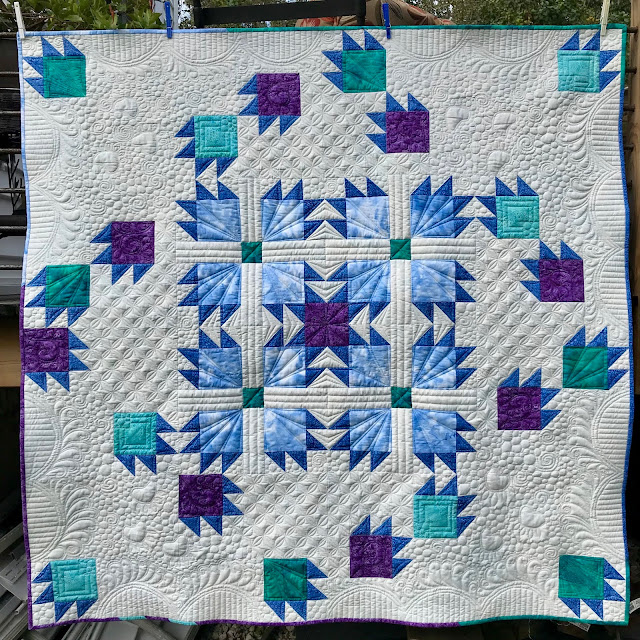 At the time I made this, one of my readers, who is a no-reply blogger, suggested the name Waltzing With Bears. I had originally named it Bear Paw Dance.but I think Waltzing With Bears is a great name, and oh yes, I do know the song!
I had three testers test the pattern and the quilts they made are terrific. In alphabetical order, here they are!
Anja's 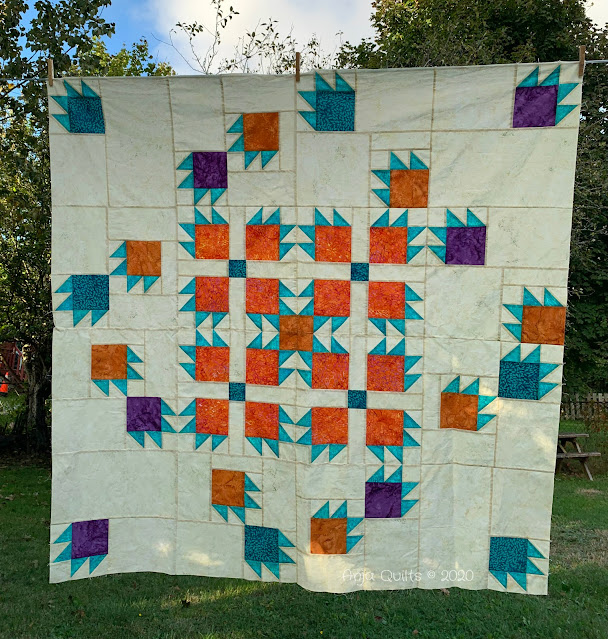 You can read about her quilt at Anja Quilts.
Carol's 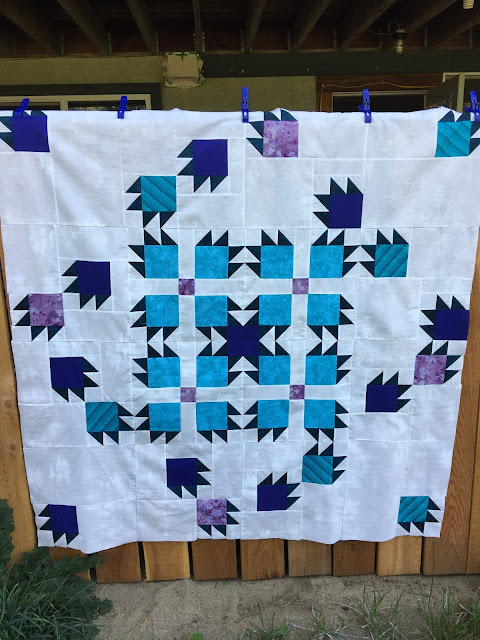 You can read her post at Quilt Schmilt.
Jennifer's 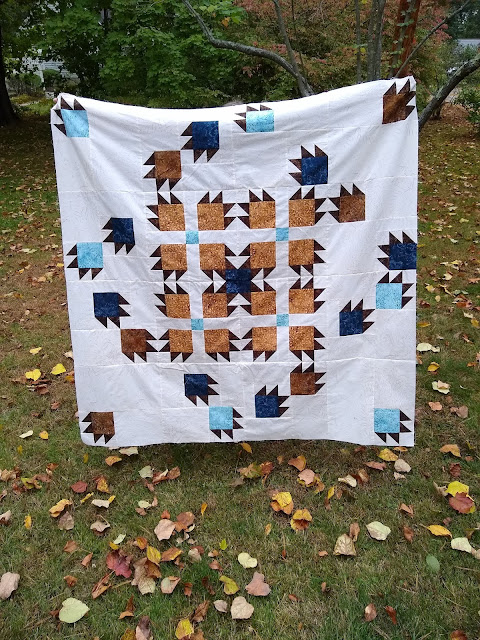 Jennifer doesn't have a blog and although she has Instagram, she hasn't posted. Yet...bahaha.
Aren't they all fabulous? If you would like to make your own Waltzing With Bears quilt, you can get the pattern in my Etsy Shop, Sandra Jane Quilts. You betcha it is on sale, 20% off. No coupon required.
Now for even more gifts to celebrate. I have a bundle of every single quilt pattern in PDF format in my shop for one lucky reader.  That is eleven patterns! Just head to the Rafflecopter widget below and answer the question! The giveaway ends on Sunday evening and I'll announce the winner on Thanksgiving Monday, October 12. That's our Canadian Thanksgiving. It's not as big a deal as the American version, but in a 'normal' year, we do get together with friends and/or family and have turkey and all the trimmings. This year we are being asked to keep it to immediate family. So, to all my Canadian friends and family, Happy Thanksgiving! Note that due to higher volumes of comments during giveaways, I won't be responding to comments but I will be certain to read each one.
Linking up
Confessions of a Fabric Addict
Quilty Girl
TGIFF at Anja Quilts
The Madd Quilter
a Rafflecopter giveaway
Sandra Walker at 7:46 AM
Share