It never ceases to amaze me how fast a quarter goes by... (and don't tell me, although someone did but I've forgotten; menopause foggy brain can be good at times) how many or rather, how few, weeks there are until Christmas.

How did I do from Q3? Like a quilt retreat, I never get as much done as I plan to! Here's the collage of projects on the list that were completed; note that the Twinkle Sprinkles, the stars quilt, got finished a few days after the Q3 deadline, drat, but I'm including it in the collage because it's kind of in no-man's-land, between the two quarters. 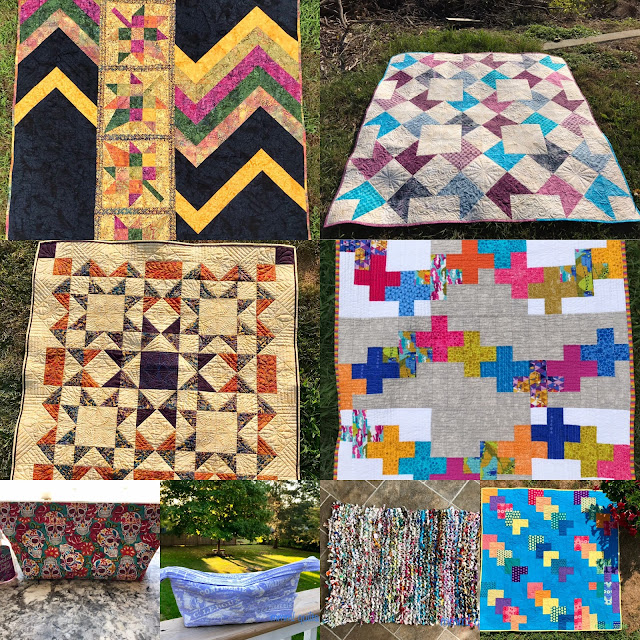 Not bad. 70% if you count the stars one that was a few days past the deadline.
So a few of the Q3 projects are being moved to Q4 list and I'm adding in a couple more. I'm trying to leave room to play as well, to allow myself to chase a few squirrels, especially the green and red ones of the Christmas kind!


1. Migrating Geese
It's terrible that this is still on the list but it keeps getting pushed to the side. 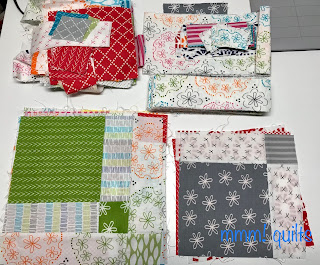 3. A top (I even picked out the pattern I'd intended to sew up) with this beautiful Island Batik rayon: 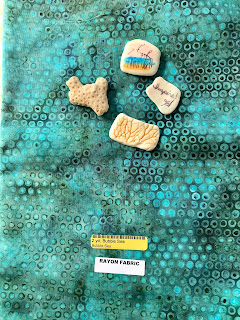 4. October's challenge is a paper-pieced project that is well underway: 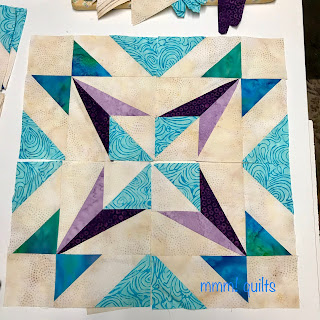 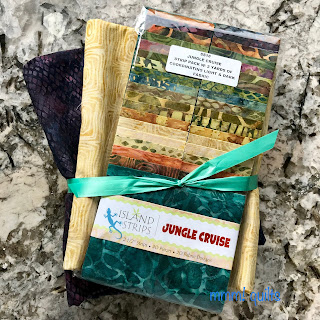 but, as always, choosing the fabric is the hardest part for me, as I love it all! So I might use this 10" stack of rainbow batiks with one or two of the backgrounds or save it for the December challenge: 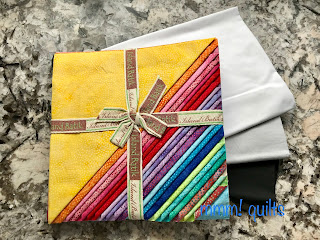 It's going to be such a cool design, one of my own, based on Karen Combs work. She is the first designer who turned me ON to illusions in quilts when we did a 3-D cube quilt in a guild workshop.

6. December is a whimsical challenge, and I'll probably be using the rainbow set of fabrics above.
It will be a design of my own, not sure if I'm using one I've already done, or if I might play around creating another! How I love being an ambassador; it really is a challenge and a balm to the creative spirit!

The next two UFOs were started on my blogging break this summer. I haven't shown you either of them!

7. I have this cushion cover to finish, made with leftover HSTs from Postcard from Sweden: 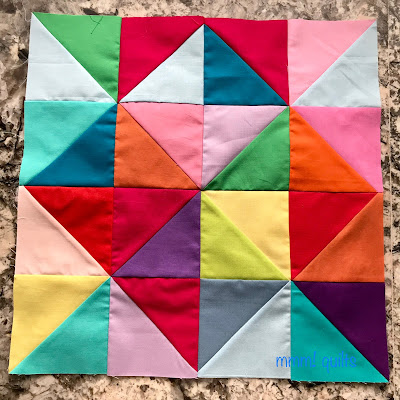 8. And there's this cushion or maybe mini wall-quilt, companion to the bed runner original design, A Roll of the Dice, I did for a Benartex Fabrics blog hop in August: 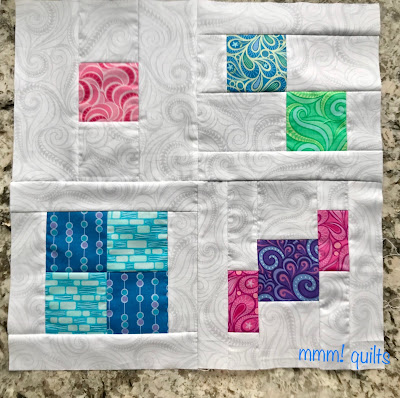 It will be a part of the soon-to-be-released pattern.

9. My Fireburst mystery; which is at the September stage still: 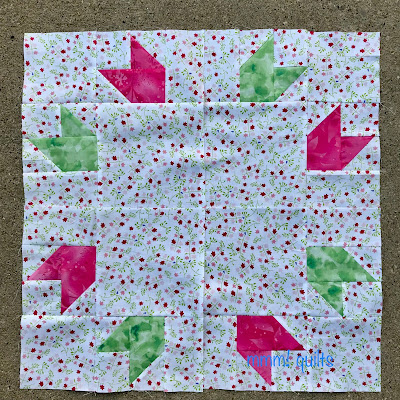 I'm stopping there as that is plenty. Besides, I do have a couple of Christmas ideas percolating. Oh, and there is a certain daughter named Dayna's wedding at the end of November to do one or two things for as well!!

Linking up with Izzy at Dizzy Quilts.
Posted by Sandra Walker at 11:41 AM