Adrianne at On the Windy Side is hosting the Finish-Along for this year.  This is my first time linking up with this linky party.  You make a list of the quilts you hope to finish for the first quarter of the year, write up a post about it, and link up.  At the end of the quarter, so sometime around the end of March I suppose, you link back up with the finished, as in quilted and bound, projects for prizes.  Note that I am taking part in A Lovely Year of Finishes (see sidebar button) once again, and that that quilt, Scraps of Calm, is not on this list.  That would be, as my friend Cynthia of Quilting is More Fun Than Housework says, double-dipping.  Not fair!

First off is something rather mysterious, and also rather unformed... 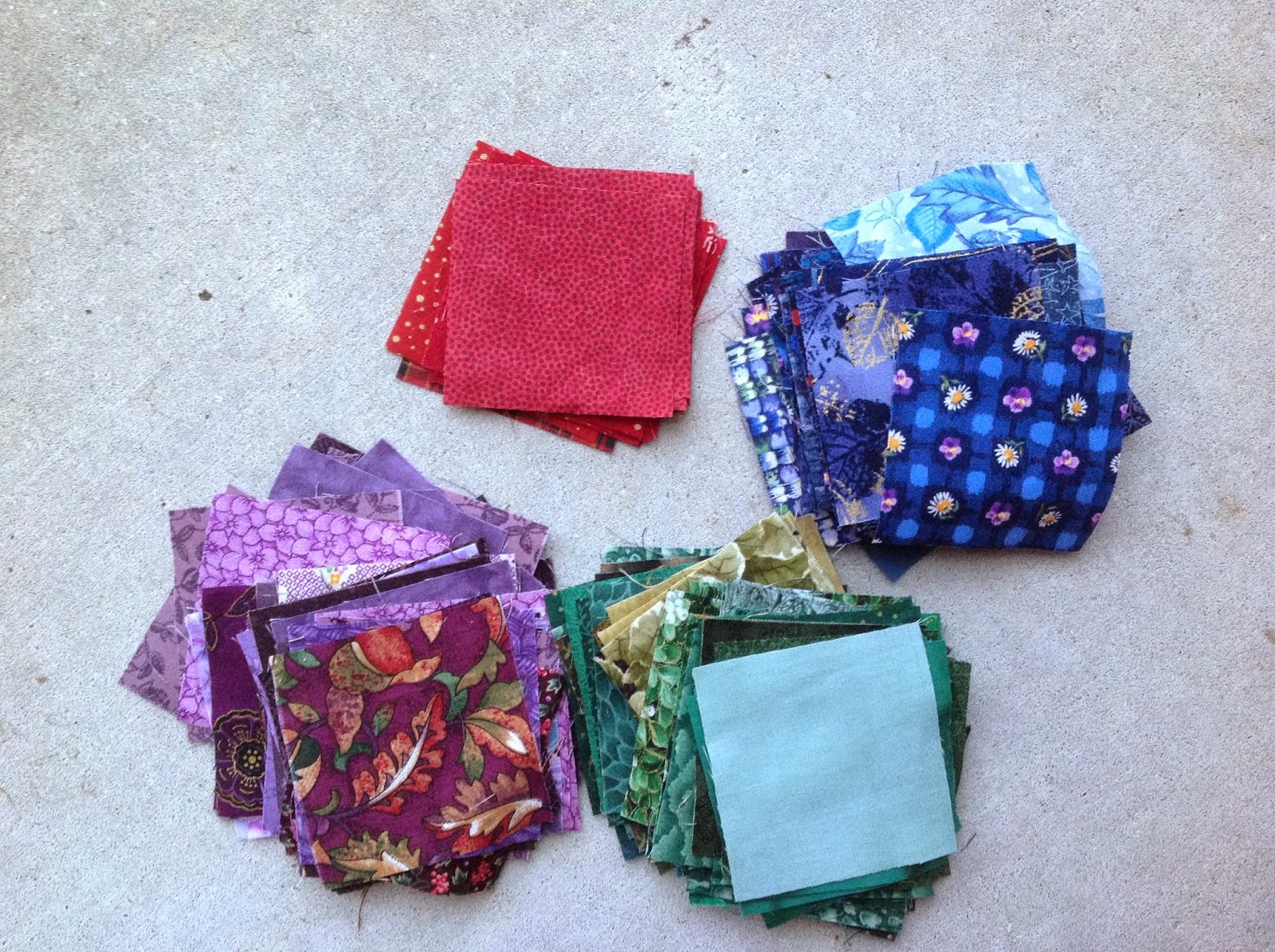 I alluded to this several months ago, my own design of a quilt, for a very special person and friend.  I have a few designs sketched, a few block ideas, Irish chain, Jacob's Ladder, being just two.  These are a schwack of 3" squares I cut up.  It needs to be fully finished for mid-February.

The second project is my Uncle Bob's quilt.  I need to get this quilted asap and sent off to him waaaay up north in Alberta. :-) Seriously, it is for him because he told me how cold he gets in his room at the lodge. 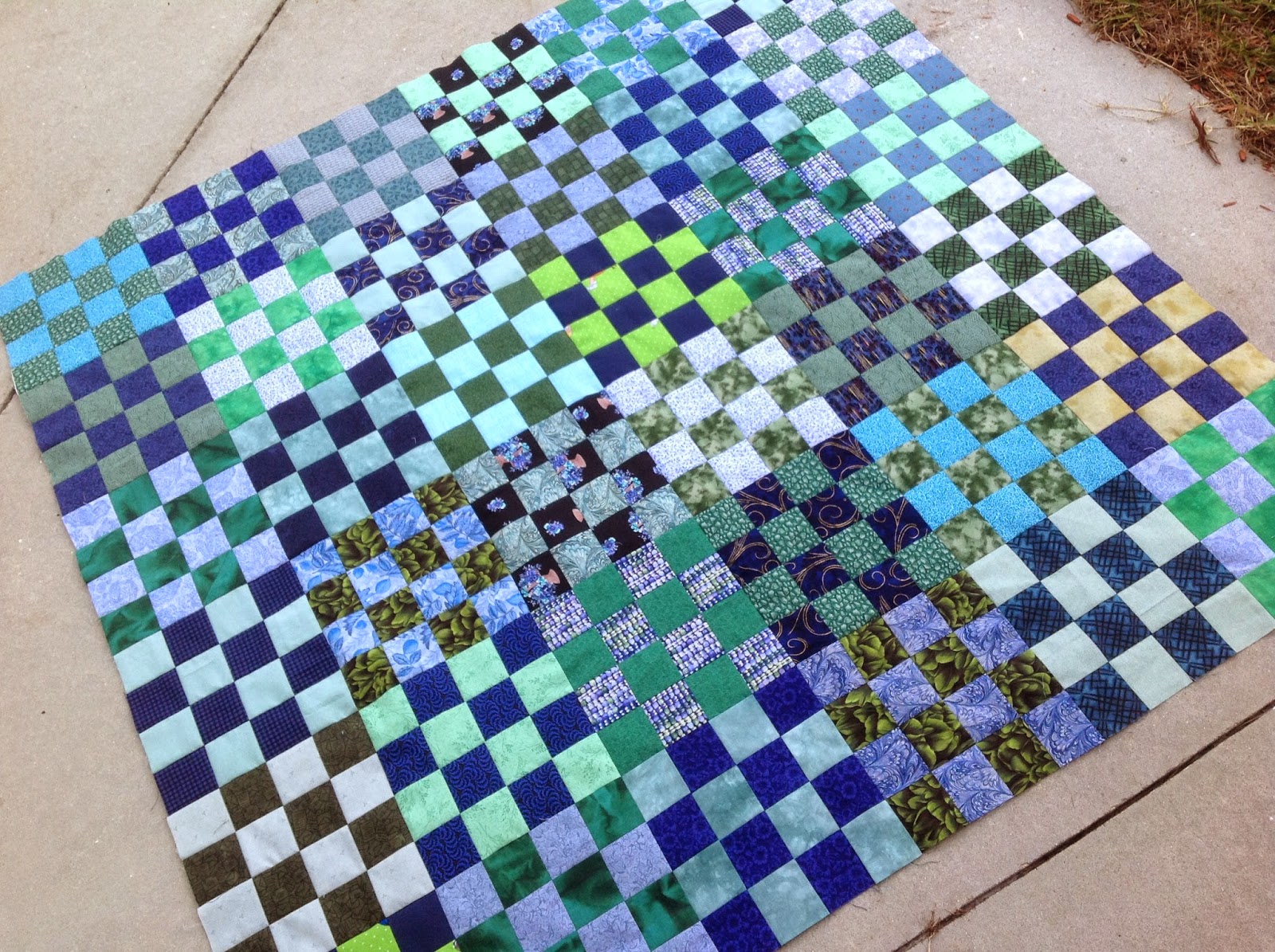 The third project is Brrr Park, a quilt I've made entirely on trips down here to Florida, and which I started quilting last winter.  I took it back with me to Ontario, thinking I'd finish quilting it there, but it didn't happen.  I got busy quilting on my Avanté for one thing, and for another, my Bernina is not dropped into a table up there, so it's not conducive to FMQ. 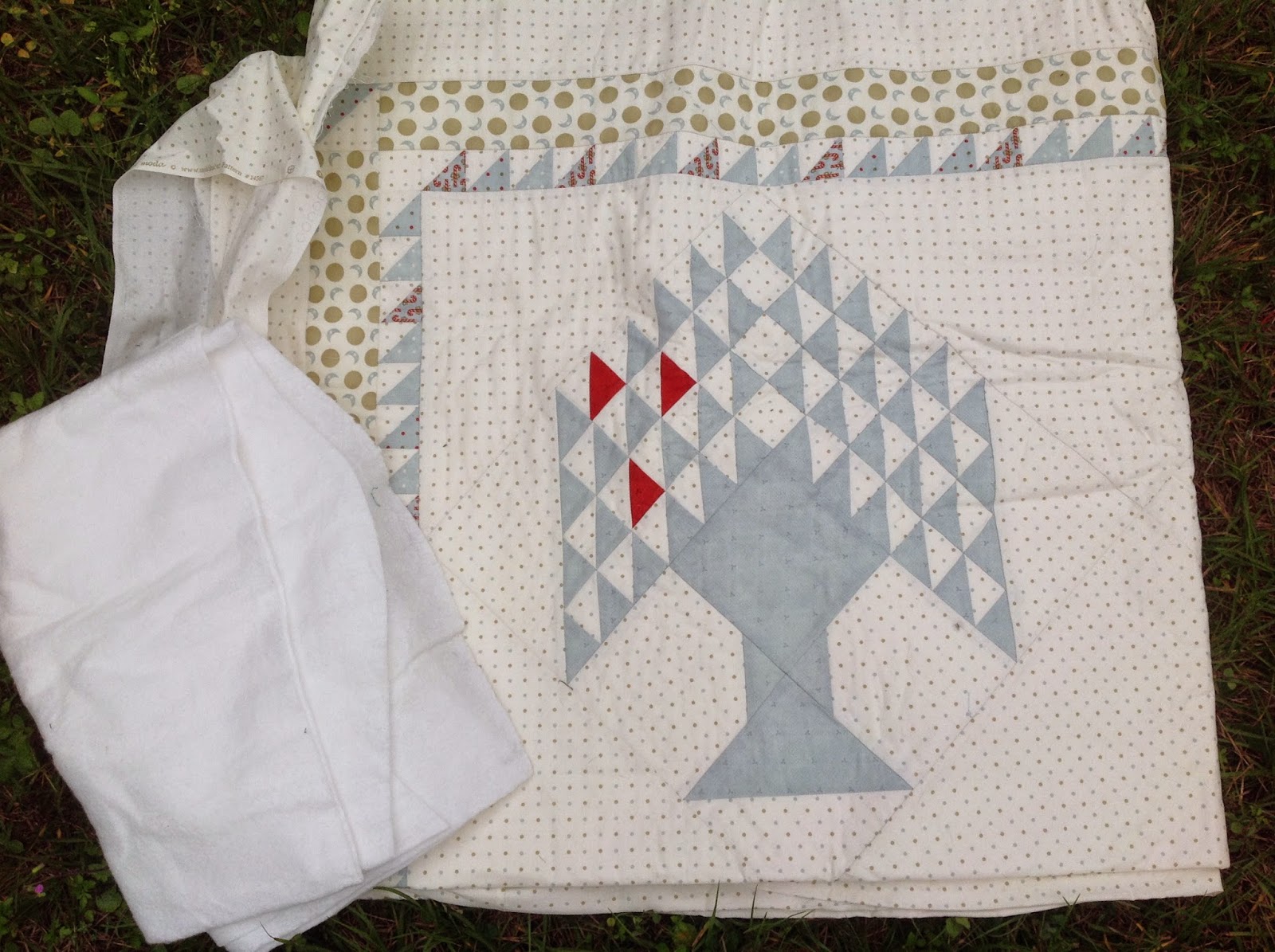 I split the batting in half in order to make this more manageable in my Bernina.  Just to show how little has been started, here is a picture of the back so far.  Ahem, yep, so far, just simple stitch-in-the-ditch. Lots and lots of negative space.  Feathers in wreaths I'm seeing.


Number 4: I also hope to make a little make-up pouch with these scrap fabrics.  A triangle design has been percolating at the back of my mind. 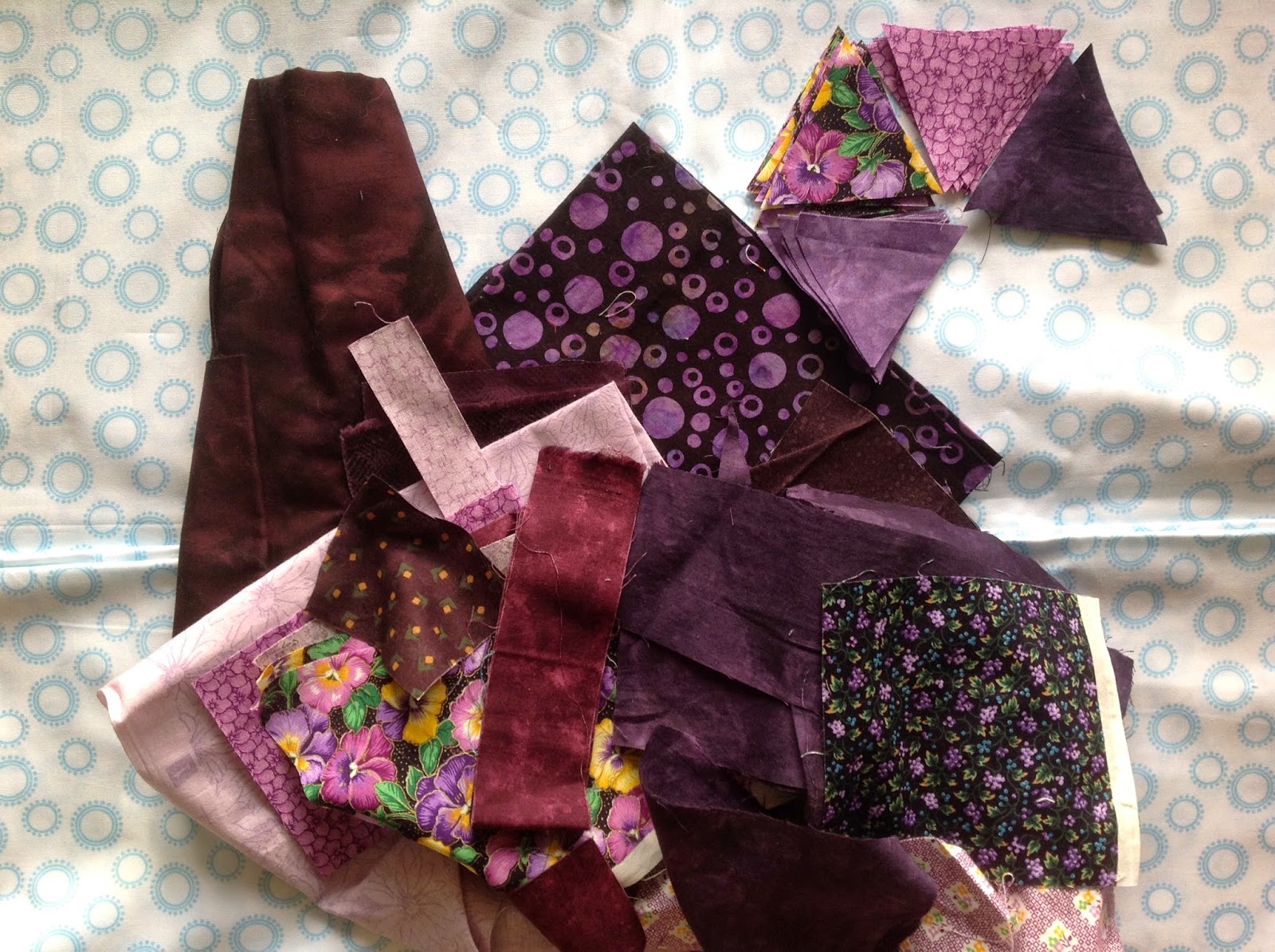 My fifth project is to finish this ancient Stack 'n Whack quilt, the close twin of one I made for my sister-in-law and brother-in-law several years ago. 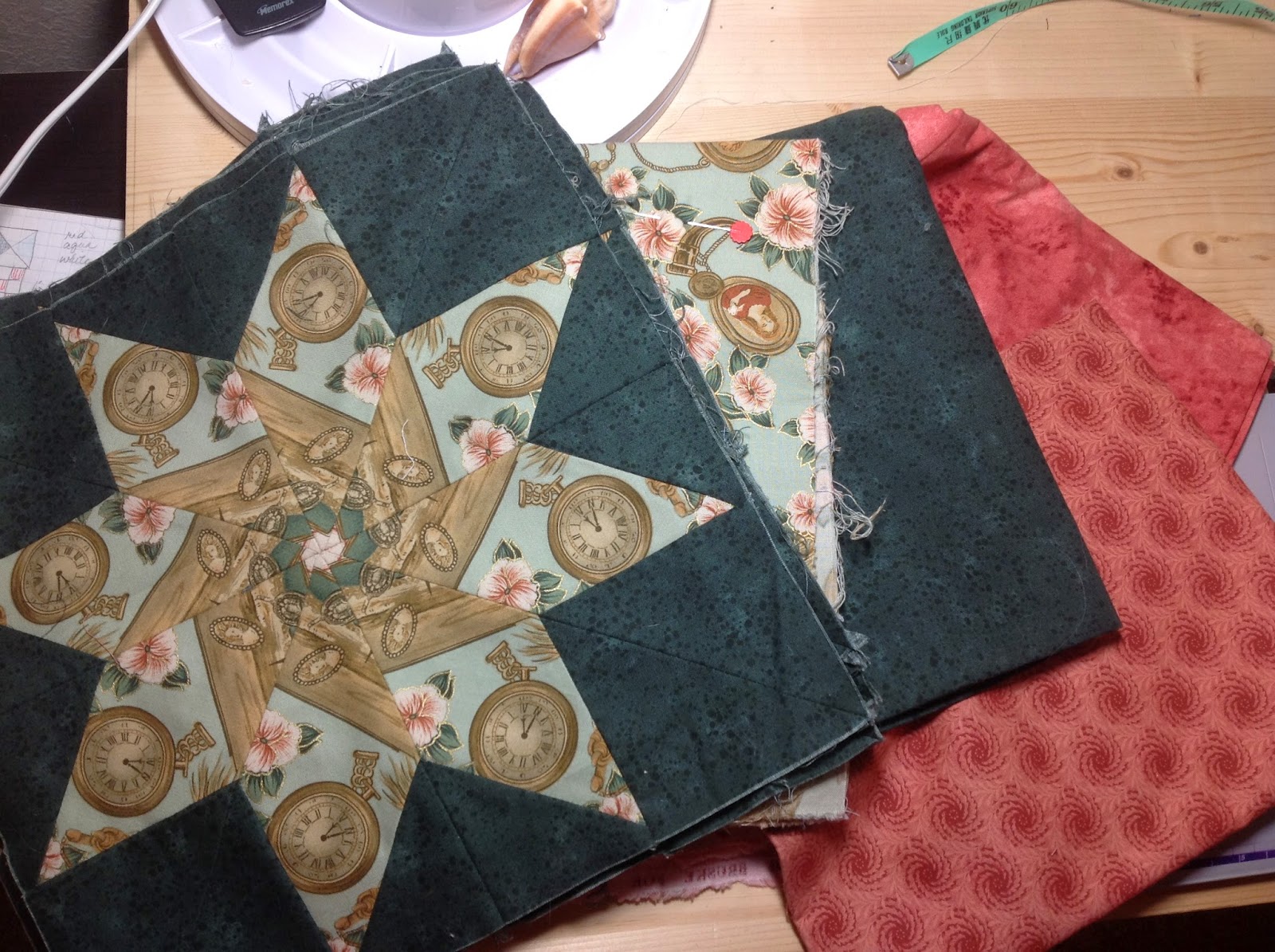 Number 6:  I really hope to finally get this Seashell Runner done this year.  It has languished far too long, forlorn and neglected.  Furthermore, (how can you tell I've been watching Downton Abbey) it has a splendid spot waiting: on the dresser in the guest room! 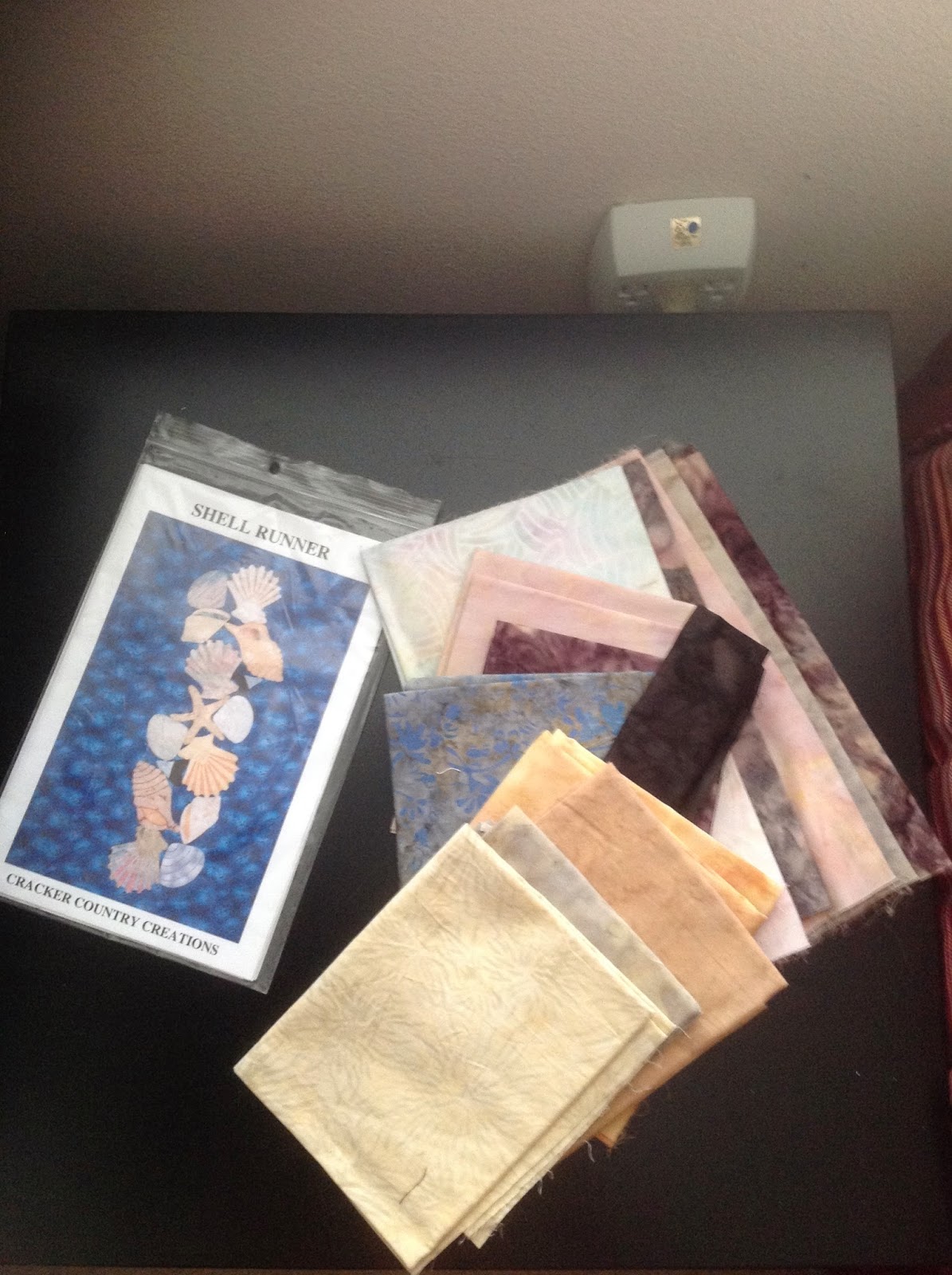 And oh what the hell, go hard or go home; I was going to stop there, but I am going to put these last two onto the list as well in hopes of "guilting" myself into getting them done!

Number 7:  I wanted to publish a pattern last year, but did not.  I had some interest from people in this quilt, Hidden in Plaid Sight, when I made it and used it as a class sample in Angela Walters' Dot to Dot Quilting class on Craftsy (great class by the way).  A few asked for the pattern!  So, with that in mind, I bought this lovely Zen Chic "Sphere" fabric last spring to remake it, photographing and writing the pattern as I did.  There is real truth in Gretchen Rubin's words about habits, to just start something is half the battle... 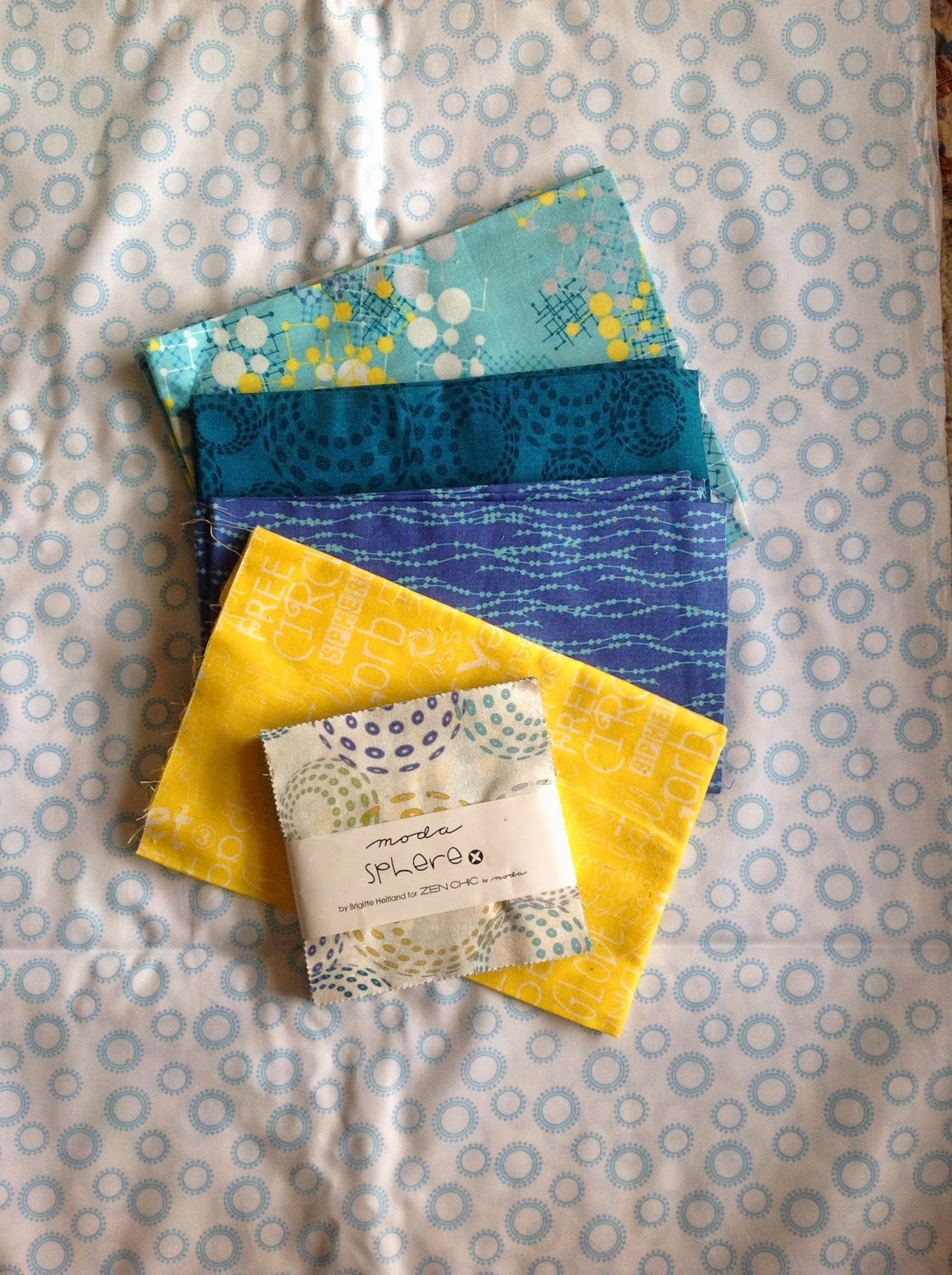 Number 8 is this bag, an impulse buy (moi?!) on my birthday last year when I saw the sample they had made up in the store: 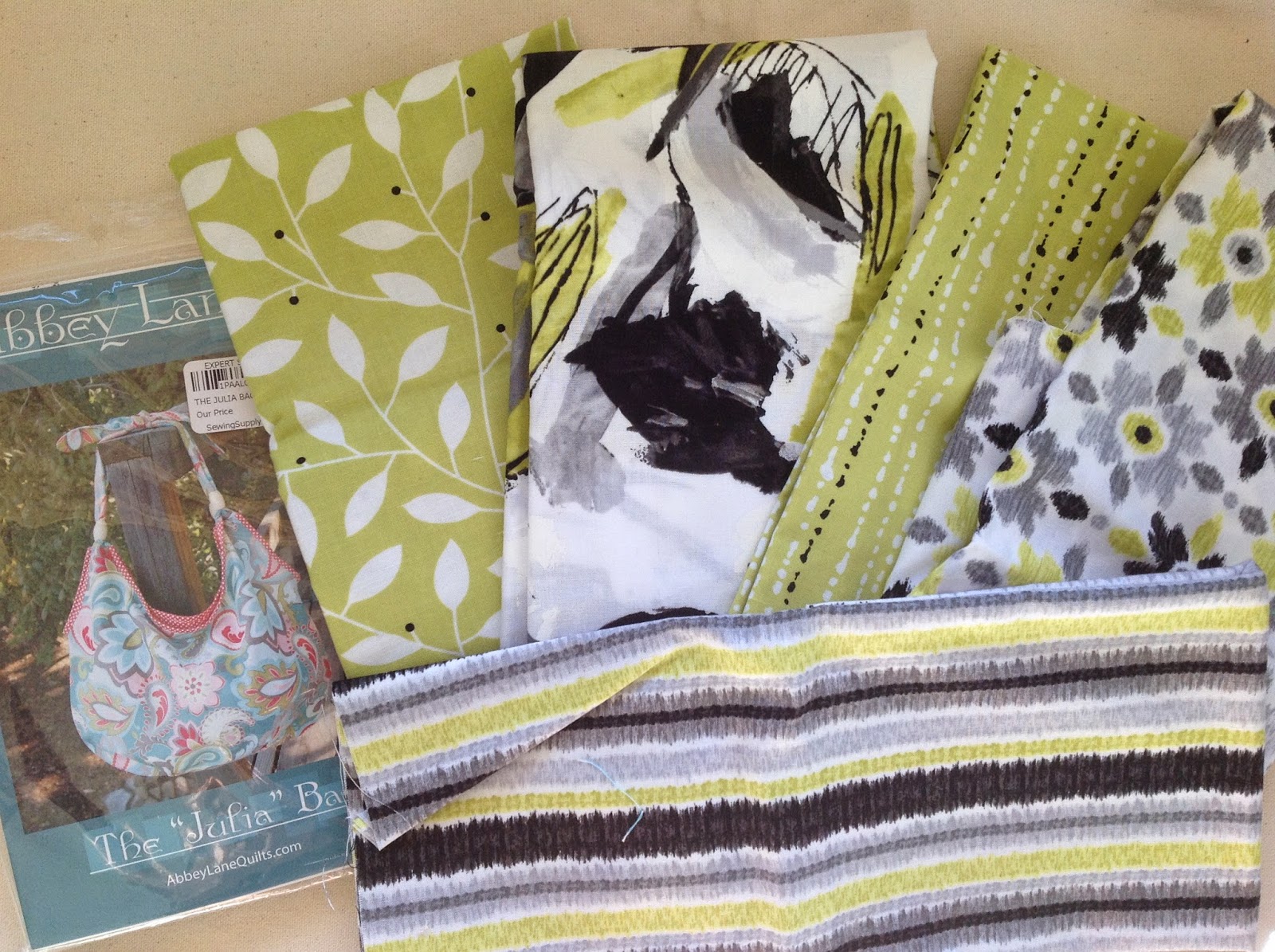 EIGHT finishes in just under 3 months?  Fingers crossed...  This post is being linked up with the 2015 Finish-Along, whose button you see in the sidebar.

Of course I have a few other projects in my Tickle Trunk, but they are quilt tops, so they won't count for this linky party.
Posted by Sandra Walker at 9:30 AM