When Eileen of Eileen in Stitches put out a call for 12" blocks in blues to help her make quilts for her grandparents who had both suffered of injuries and illness, I happened to design this Whirling Star Block.  You can read about the quilt she made, Starry Dreams, here!  I made a couple of these for myself, thinking I might design a quilt eventually.  That was September.  When Angela of So Scrappy announced the colour for January of blues with a hint of purple, I thought this block could be my January one (even though there isn't any hint of purple). 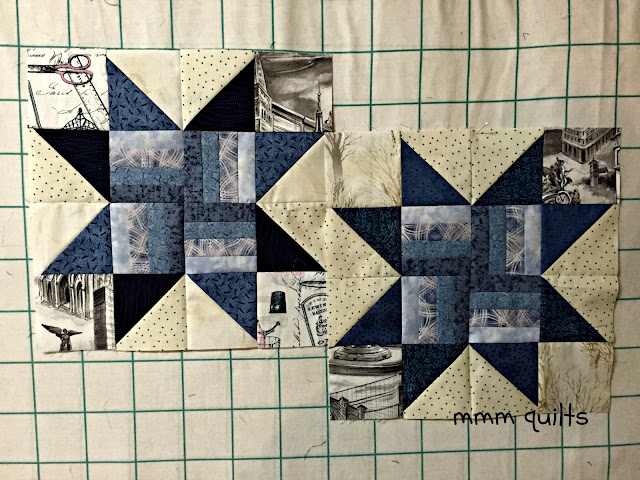 However, the blocks sat...but I did bring them down to Florida with me.
And put them on the design wall.
To, you know, remind me.
Not to neglect them.

Two good friends of mine are in hives this year, and I've hesitated to join for a few reasons.  However, seeing and hearing about their sewing and growing made me think, darn it if I couldn't do my own sewing bee and sew myself two blocks a month, I'd have 24 blocks by the end of the year, in rainbow colours, a pretty sweet quilt. Well, on one of MacGyver's ball game days where he's gone the majority of the day, I decided to whip up (ha ha!) the February and March colours in this block. 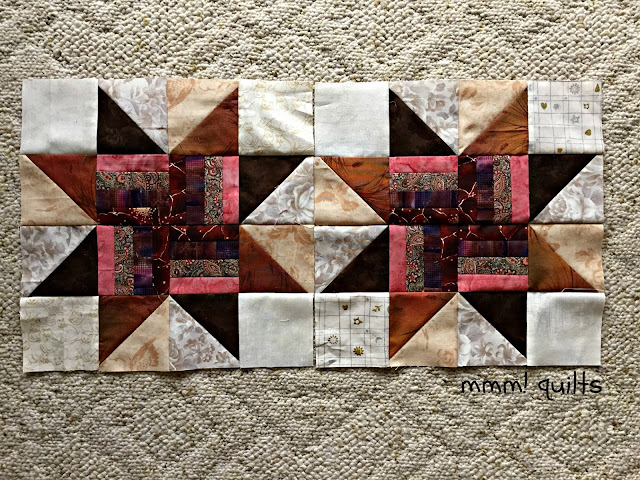 Here is February, brown with a bit of pink.  I took a photo of the pre-sewn strip layout and put it into greyscale as the light brown with a hint of pink paisley and the pink batik were so close in value.  It read that the pink was the lightest but now that it's sewn up, my eye is grabbed by it, so I don't know...but I wasn't ripping once the block was sewn! 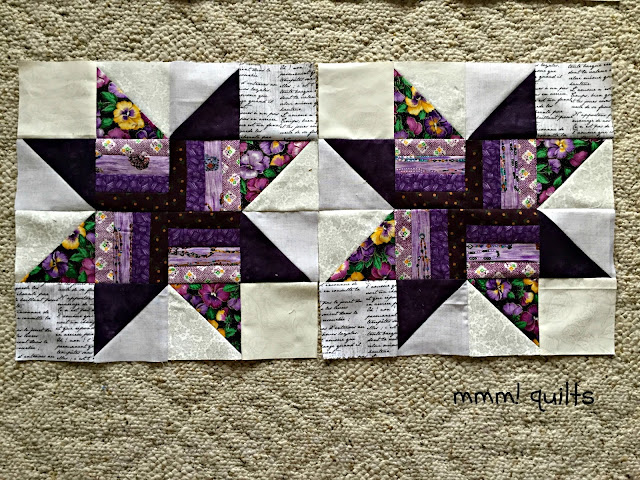 And March, purples with a hint of yellow.  This pansy fabric is one of my early acquisitions in my quilting life, from (ouch) WalMart (a store I have boycotted for nearly 20 years, but that's another story).  It was the main fabric for Dayna's second bed quilt, and I used the scraps to make a pillow to go with it.  (TBT one of these months for sure). There are just a very few scraps left in the "purple" bag.


Here they all are together. 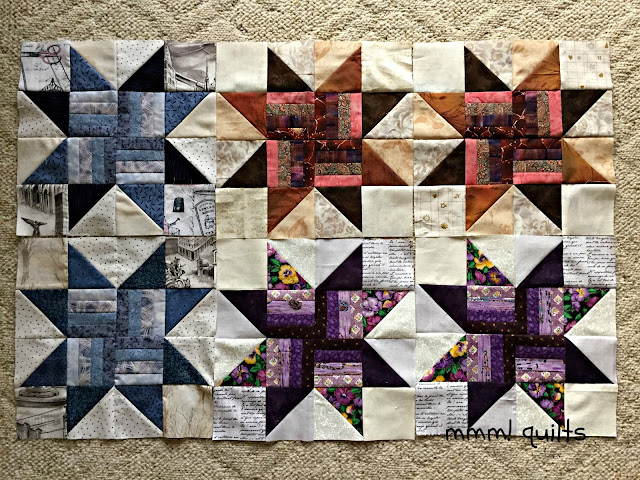 This is fun! I did follow her colours all last year for my cow blocks (3 more to make there), but I never did link up, so today I am linking up with soscrappy for the first time! And with Scraptastic Tuesday either at Mrs. Sew and Sow or at She Can Quilt. 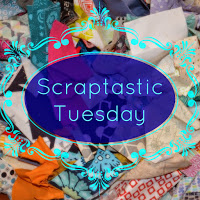 Posted by Sandra Walker at 1:26 PM