LOL
I think all of us in the Rainbow Scrap Challenge with Angela at soscrappy could've said, "Called it!" for this month's colour, perfect for impending Fall. However, we haven't had brown yet, or black, or pink...ha!  Here is my first project, my houses: 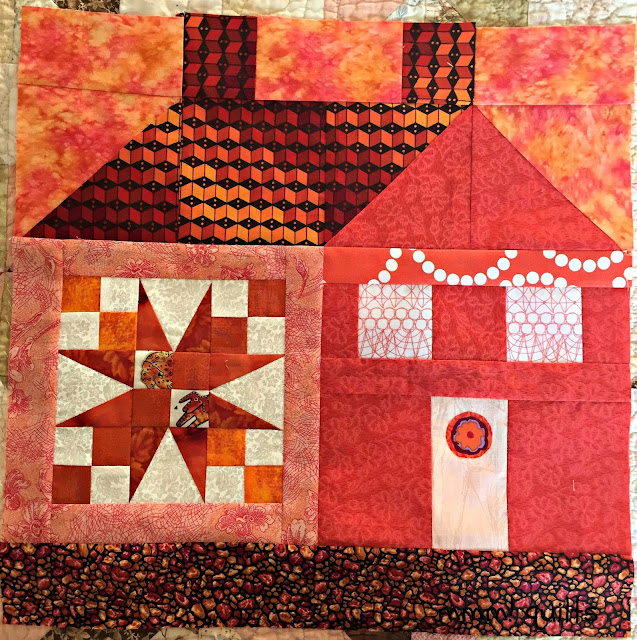 Since the first owl appeared in the January purple block, I always put a little surprise in each house. This one has two orange dogs, awww, yeah! ORANGE dogs?! Love! More scraps from my sweet friend Jake, and yup, more Laurel Burch. She knows me so well.  I badly wanted to use some of my precious Kaffe fabric from my Three Quarter Patch tote I made and reviewed for Craftsy a while back, and from whose scraps I made a round mini for another sweet friend, Preeti.  However, it didn't want to 'go' anywhere...until inspiration struck, and it is is the stained glass window in the door! Lacy curtains in the windows are from pillowcases made from Tidal Lace ombré fabric.

Near the end of January I had the inspiration to make a house block and turn it into a cushion for my new sewing room.

I wrote out the instructions and made a PDF and uploaded it into my Craftsy store (affiliate link). It has been my best 'selling' pattern (all my patterns are free but for one LOL) to date with 1164 downloads as of right now! Then Angela announced the February colour: aqua. I kind of figured oh well, guess my RSC house quilt won't have an aqua block because it will be the pillow. However... 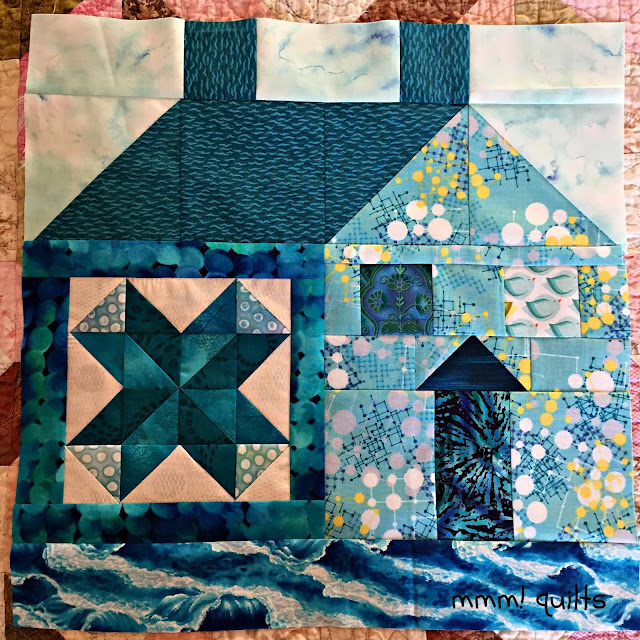 I just had to. Besides it's almost as fast to make two house blocks as making one; the longest part is playing in the fabric scraps agonizing deciding what to use where! I revamped the little porch over the door on this one, and here you have a stained glass window using a holy scrap, as in lots of holes, from the kaleidoscope class I took years ago. Plump birds in the other. This house sits on the water, not in it. 😉

I hinted that I was making the neutrals house block, but I guess I never did show it except on Instagram. Here it is:

I am also announcing an OMG for September, finishing quilting (which I did yesterday) Radiance, and binding it, and sending it off to Aidan. I've shown several photos on Instagram over the past little while. Here's a sneak peek: 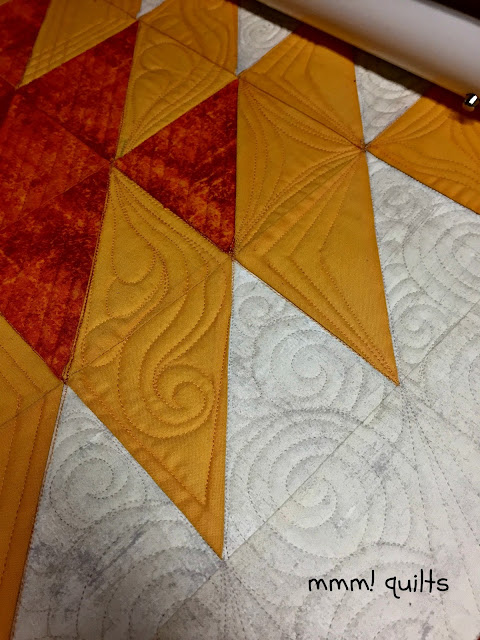 It's not as easy a finish as you may think, just squaring, binding, photographing, washing, writing a post........because I am in extreme excitement countdown mode for the arrival of my favourite grandson, Brady!!!! mid-week!  Not much quilting will get done unless we have time for him to design another quilt and me to sew it...  Anyhow Radiance has been on Finish Along lists more than once, so here's to finally crossing it off! And ending on an orange note! 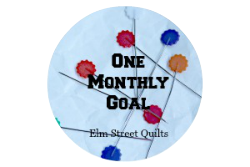 You may have noticed (I sure have) your Internet seems a tad slow today? Bet it's because of so many of us quilters watching Craftsy classes (affiliate link) for free!! More than 1200 are on the list to watch today for free, pretty sweet deal.  That's where I'm heading, picking up where I left off on a cool "Playing With Curves" one by Ann Petersen.
Posted by Sandra Walker at 4:03 PM