I have a finish for Friday, but it's not the Bear Paw quilt, though it should be a finished flimsy today. When I was procrastinating starting the Bear Paw quilt, I made several other items, two of which are the two placemats I 'owed' Dayna. These are on my Q3FAL List which is here.

Dayna requested a set of four the same as Brianne's for her outside table and four more for her inside one, in slightly different colours. Brady has also commissioned a placemat, similar to those I made for his mother, but with red substituted for one of the greys. So you'll be seeing placemats for a bit yet! Here are the other two I made for Dayna. 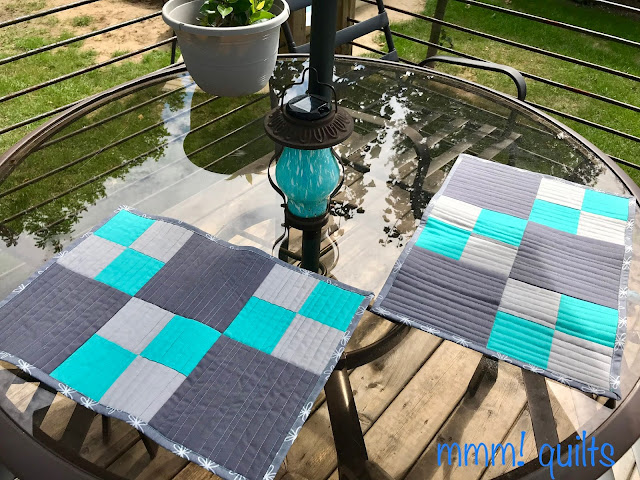 My good friend Rose of something rose made read the first post on Dayna's placemats (we both share Demando kids, and I even have a Demando grandson too!) where I mentioned that her second two would have a different backing because I was all out of the Good Neighbors fabric I'd used on the first two. Rose wrote to tell me she had Good Neighbors in grey and she was sending it to Dayna who happens to be our Depot when we exchange packages. Depot Dayna has a nice ring to it too, doesn't it?!

Although the fabric is not the exact same print as the first two, it's grey and it's the same line, and I actually like this flower one better. 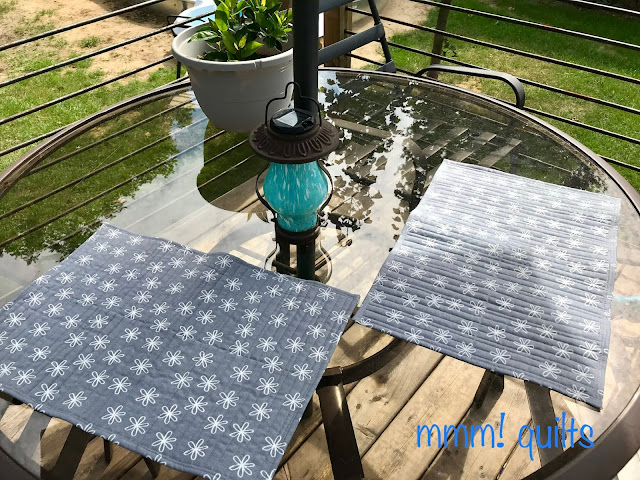 Here are the first two: 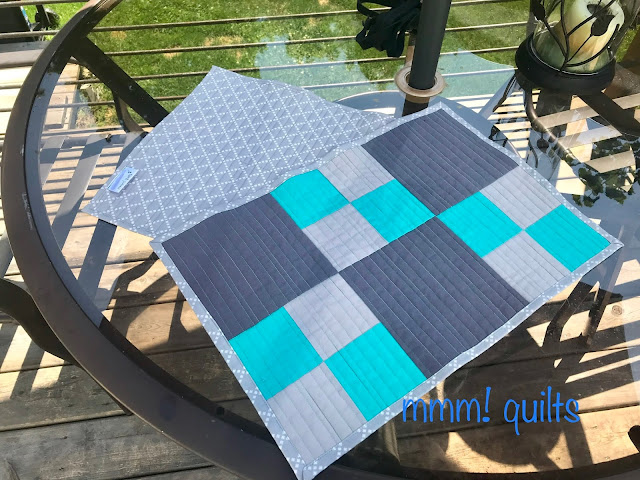 I love that these are reversible, and that now they are the same, but different. Surprise! In with the half yard of GN fabric from Rose was this half yard! 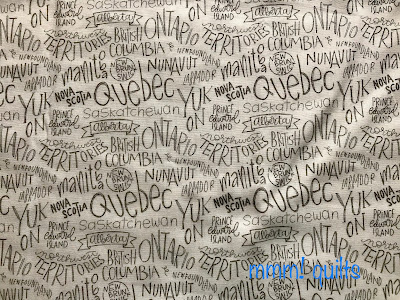 When she was placing an order, she happened to see this piece looking all lonely and she knew a certain Canuck who'd love it, so she snagged it. I have made it into two or three different items already (in my head)... It's by Basic Grey for Moda. Thank you Rose.😘

I quilted these two basically the same as the first two, with straight lines, occasionally varying the width from 1/2" to 1/4". I again used Aurifil variegated 50 wt cotton. 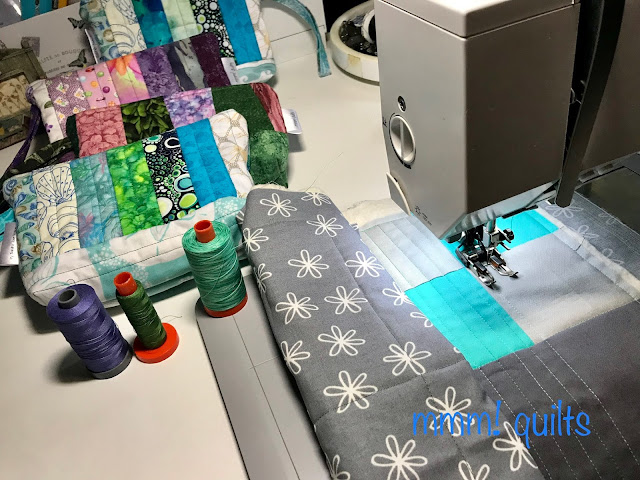 That was last weekend when I was very off-topic with the makeup pouches you see in the photo... They are for sale in my Etsy shop; blog post is coming.

I love the look, as well as the easy storage, of them rolled up. 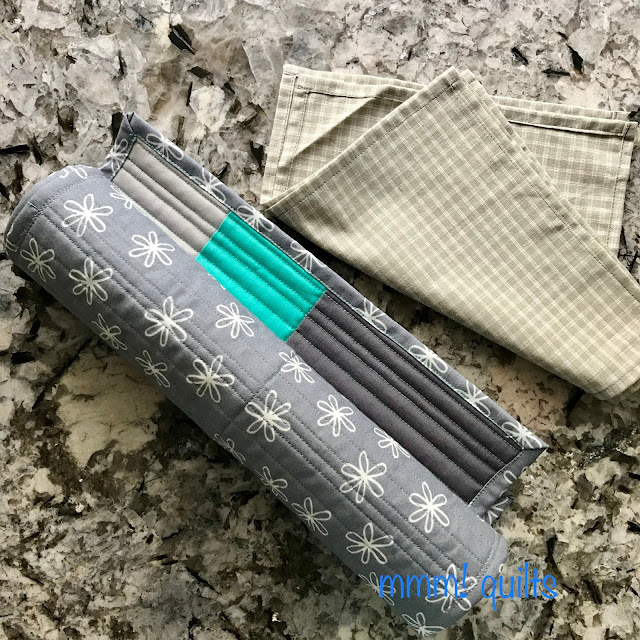 Leanne of Devoted Quilter gave me the idea to sew up some cloth napkins and so I'll be tucking these in with the placemats. Reducing our consumption of not just plastic, but paper is key, and this is yet another small way I can make a difference.

Posted by Sandra Walker at 9:40 AM