I did some more hand-quilting today on my UFO.  Here is one of the three blocks DONE!!  I have to stop waiting so long between hand-quilting marathons.  I build up a callous on my underneath third finger that catches the point of the needle and sends it back up, and then I don't quilt for a few weeks.  Back to square one.  Ouch. 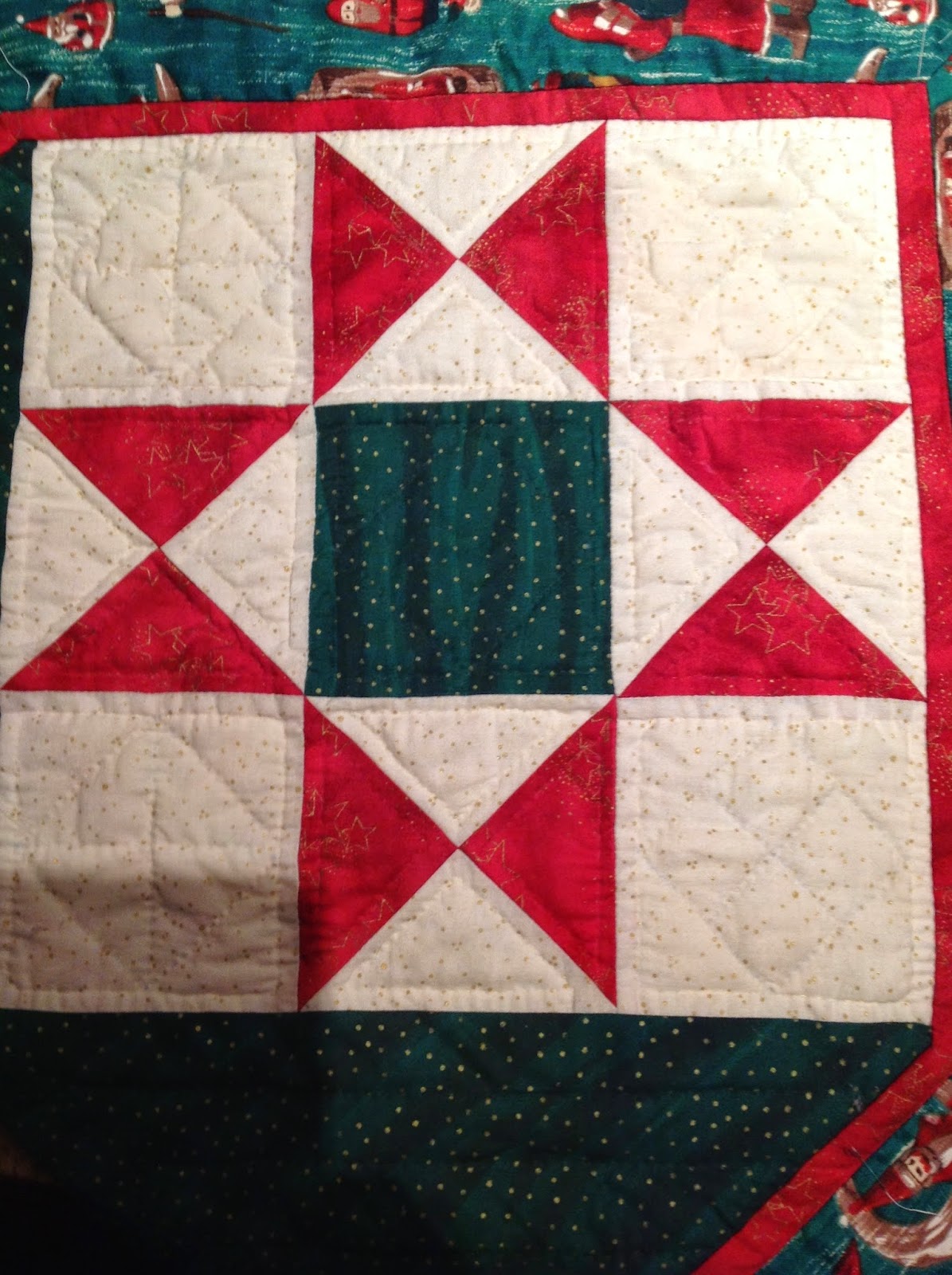 Don't look too closely, as there is a lot of variance in stitch size, sigh.  The four corners were going to just have a square in a square but the middle still poofed up too much, so I quilted the straight lines through each inner square.

My menopausal LACK of functioning brain cells strikes yet again, ugh.  I had just finished the third of the four corner squares when I realized that on two of the square-in-a-squares, I'd rotated the straight lines running through the inner square.  Are you kidding me?  Rather than rip it out, I repeated the odd one so that I have two of each.

This is my project for Melissa's A Lovely Year of Finishes so I only have a week to get 'er done!  Two more blocks to fill in details like this, and then the border.

Remember to check out the Bloggers' Quilt Festival.  Voting begins tomorrow!  Apparently there are about 650 quilt all told in the festival, so a TON of eye candy and ogling to be had.