You win some; you lose some

Last night I checked the Bloggers' Quilt Festival, and was both sad as well as happy.  Sad, because I did not win, but happy because Seaside Rose came in 19th out of 107 quilts in that category(!!), and Hidden in Plaid Sight came in tied for 24/25th place out of 95!  Thank you to all my friends and family who took the time to read the posts about my two quilts, as well as to go on the site and vote.  I got many wonderful emails of kind words that, as I said to my brother, mean as much, if not more than your votes did.

Yesterday I plugged away on the handquilting of my runner that I have until oh, sometime this evening to link up for Melissa's Lovely Year of Finishes.  Somehow think that's going to be another "lose some" as I highly doubt I can finish it, but I will try.

Last night I opted for a beach evening instead of handquilting.  "There is nothing so wrong with the world that gazing at water won't fix." Think I need to work that into a quilt.  My own saying, just came out of my mouth in a conversation.


We are doing this every Friday evening again this summer, the neighbours who live on our lane, that is: head down to our beach, which is at the end of the "keyhole" lane, lawn chairs and beverage in hand, to visit and to enjoy the sun setting, the birds, and the sound of the waves.  The waves were so gentle last night, just an occasional lapping sound.

Unlike earlier this week, when the waves were quite strong from the east, stirring up a lot of sand.  Rocco had to be hosed down pretty thoroughly after his swim!

Nope, it's a stick; we lost his brand new toy when it sunk after I threw it when he wasn't watching where. . . but I got it back last night, six days later, washed up on the beach!

On Thursday, we heard, before we saw, the carp swimming out of the lake up into Mill Creek to spawn.  Rocco was pretty intrigued, as was I. 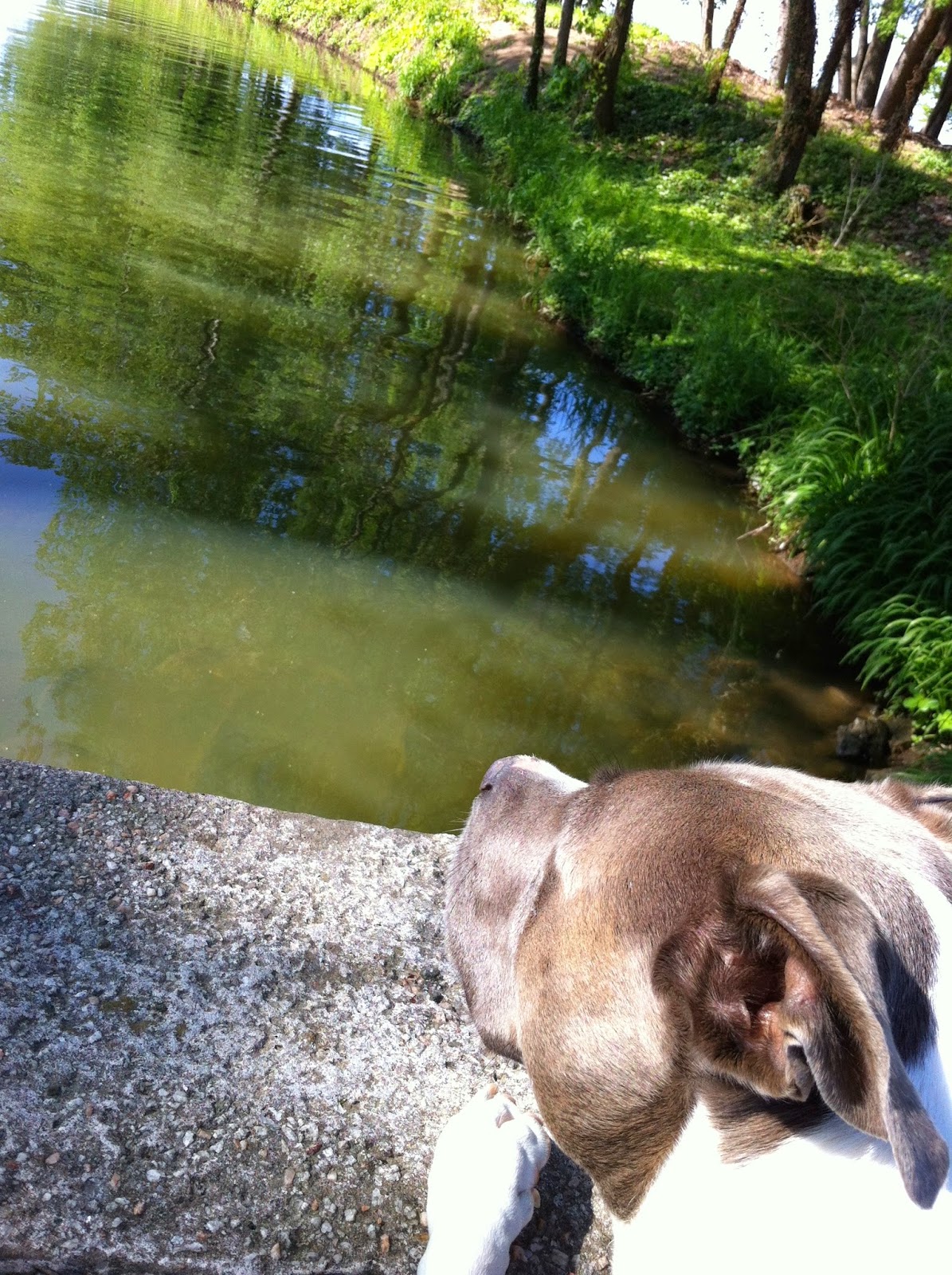 This goes on over several days; they were there again this morning, along with what looked like several Koi and some Bass.  They appear to try to jump onto the banks, splashing, swimming over each other, milling and swarming around in masses.  Carp are BIG fish too!