This may seem pretty obvious, but it really helped me when making log cabin blocks in the past, and I rediscovered it this past month while making offset log cabin blocks. 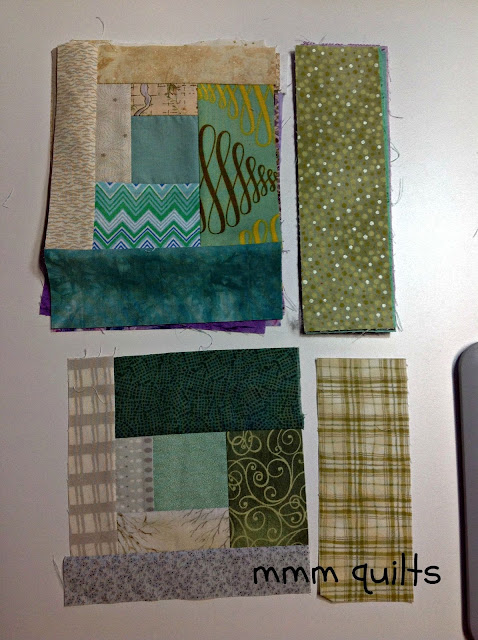 You can see in the lower block about to be assembled that I could sew the green plaid strip to either the green swirl or to the darker green dot fabric; it fits on both sides.  So how do I know it goes here?  Each round of colour has one slightly longer strip.  For example, round 2 had a 3.5" and a 5.5" strip.  The longer strips should all be on the same side.  Seems easy, yet I still managed to sew the first strip in a round on the wrong side.  More than once.

Here's the tip:  always have your block with the last strip sewn on at the bottom.  Look at the above photo.  The top block had the green on last, so it is at the bottom.  The lower block had the light grey floral sewn on last.  I can tell simply by seeing it is the only round where the seam goes straight across.  So simple, and so effective.

One other tip:  chain piece, as we all do.  AND...see the middle block below?  I love that green leaf print but didn't have a wide enough strip.  Well, it's a scrap quilt!  So I found another small piece, pieced the two together to get a wide enough strip!  Isn't that how quilting originated?  Making do. 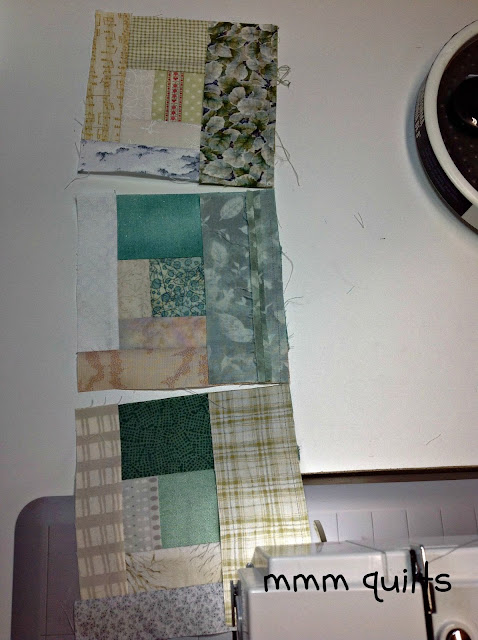 I have my next quilt on the longarm, practising in preparation for all the quilting that will be done on Dayna's quilt.  This is Over and Under, a quilt from the Fall 2011 Quilt Sampler.  I've named mine Parisville Weave. 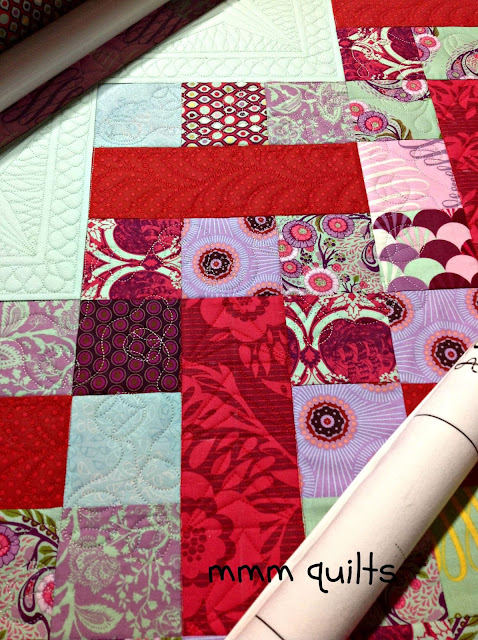 You can see influence from Angela Walters, Christina Cameli, and Kathleen in the above photo.  I'm loving it so far.

Speaking of loving it, I loved the New Bloggers Hop that recently completed its fourth round and is now ended.  I've met some great new people, read some great new blogs, learned all kinds of new things, and have added to my blogging friends list.

But the learning and fun is not quite over!  Our four intrepid leaders have teamed up with Fabri-Quilt and have created a New Quilt Block Blog Hop beginning at the end of this month. 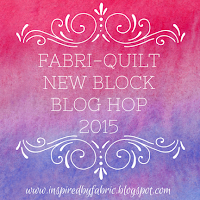 60 of us have said, "Yes!" to creating a new block that measures 12 1/2" in size.  We are using a palette of six of their new Watermelon Summer solids. 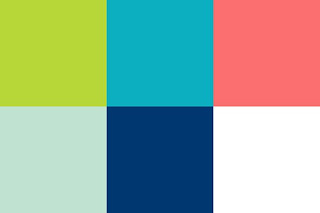 This is a wonderful way to challenge ourselves, and I'm excited to be a part of it!  The hop runs from August 31 - September 3.

Linking up with my hive mama, Stephanie, of Late Night Quilter for her Tips and Tutorials Tuesday. 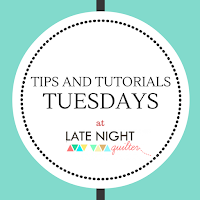 Posted by Sandra Walker at 1:24 PM