This is another of those posts that kind of showed me its cohesiveness after I put in the first few likes with pics a couple of weeks ago. I only publish one a month, but note things all month long, not all of which I publish. It's cool how they often end up just flowing together like I'd been planning it all month long!

1. I like that on July 13 I first noticed the sound of cicadas. I used to call them 'heat bugs' because it seemed it was super-hot when I'd hear them, and I had no idea what they were as they aren't in Alberta. It was around that time that I also heard the first crickets

2. I love the sound of Bobby Bazini's voice, that sexy, gravelly kind. He's easy on the eyes too, just sayin'... Two of my favourites are "Never Let Go," and "C'est La Vie". Check out the first one below; maybe it'll play while you continue reading? It's his live version; I love love love live music.


3. I love the Chrysler Canada Greenway and living on 42N, which is on parallel with Milan, Italy, and the northern border of California. This means we have the hottest summers in Canada, and we are the warmest city in Canada. I like the feel of heat, like the feel of hot tropical days, and sultry evenings. Of course when it's especially steamy, it's good to have AC! 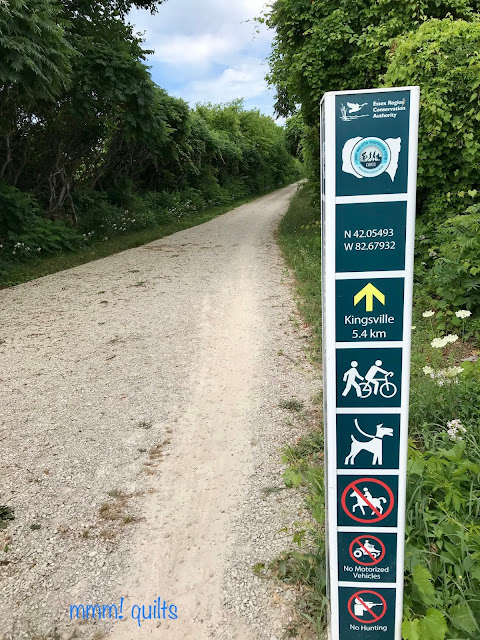 If I had one wish for the Greenway, it would be more garbage and recycling receptacles!

5. I like the wall of green in our yard against a clear blue sky.

6. I like this little fountain/bubbler that I bought several years ago with some money my mum gave us for our anniversary, think it was our 30th. It has a very gentle water sound, and well, the image says it all. 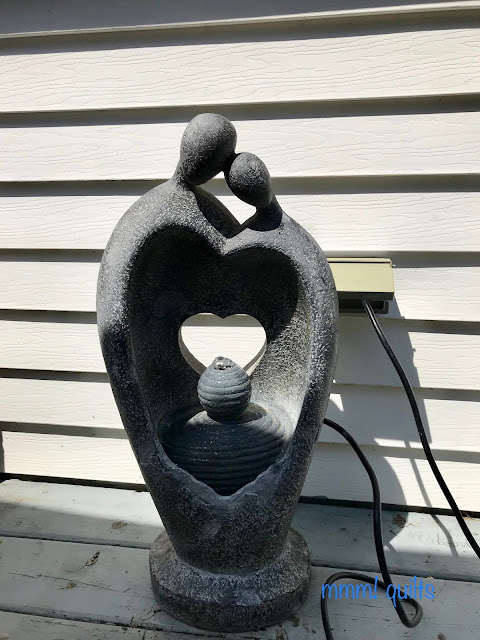 7. I like the sentiment of this card that is in a little holder for rotary cutters, scissors, pens etc on my cutting/pressing counter. My sister gave it to me. (I like the fabric beneath it too, used in the baby version of Plus Playtime.) 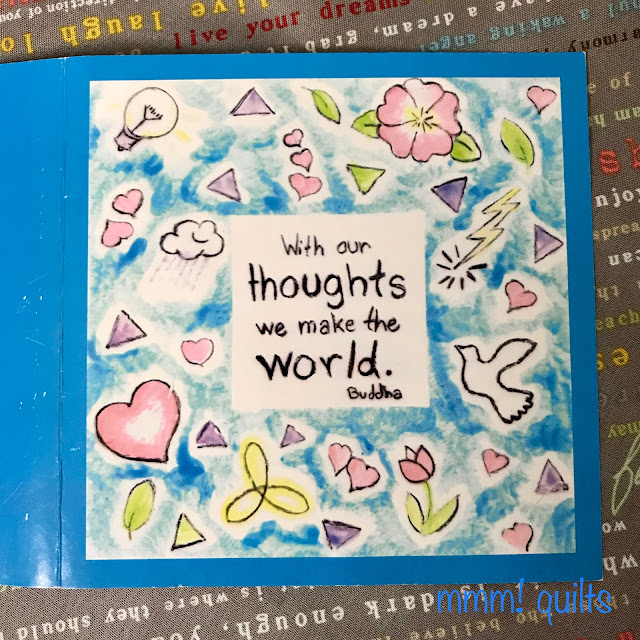 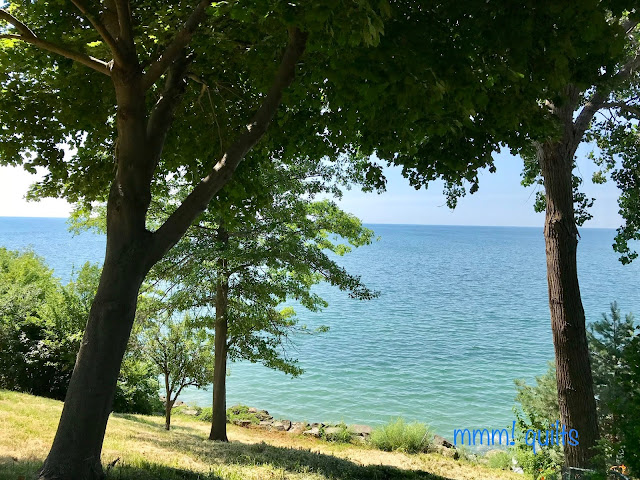 ...the view of Lake Erie from the end of my street. However, on that day, a steamy 32C/90F (yeah, by the lake it was that hot, and that's not the 'feels like' temperature due to humidity!) I was drawn to the smell of the lake, not just the sight and the sounds, although those always draw me in. Maybe it was the cooler water evaporating into the hot humid air but it had a pungent, ahhh, lake! smell. I love the smell of water.

9. Much to my husband's dismay, I take photos of food, be it something I've made, something I'm about to eat in a restaurant, or this month, something I've grown, or a farmer nearby has.
9b. I've discovered that I really like Ethiopian food. I recently got to taste some in Buffalo when I was there with Preeti of Sew Preeti Quilts.

10. I like red wine. I am lucky to live in a county where there are 18 wineries. Colio Winery is one of the oldest, and I like that I got two 1.5L bottles on sale! 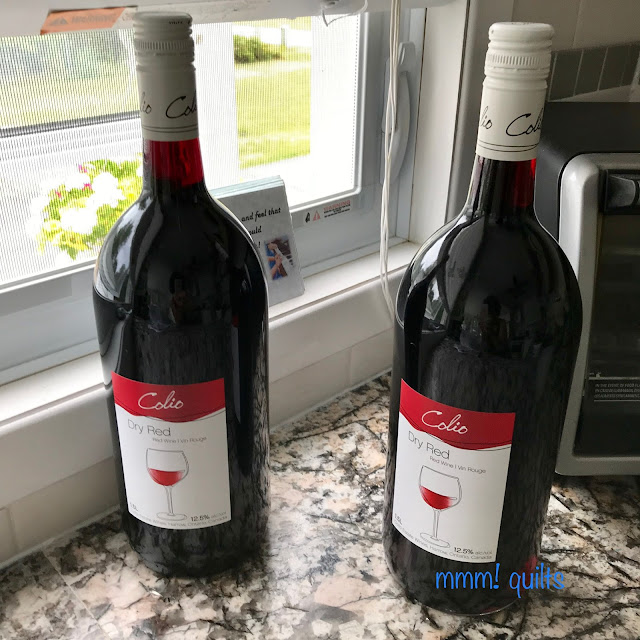 A couple more than my usual ten this month:
11. I like seeing more Monarch butterflies around this year. Maybe it's with so many conscious of the need to plant milkweed? I was so amazed at how long this one posed for me, held still with her wings spread, and let me get so close to her!
12. I feel a bit like a starry-eyed teenage groupie, but I like that Tula Pink herself liked one of my 100 blocks I'm doing with Angie of GnomeAngle!

Posted by Sandra Walker at 7:52 AM

Email ThisBlogThis!Share to TwitterShare to FacebookShare to Pinterest
Labels: gratitude