This is my OMG for June, and I'm happy to say it is done, and has been for a bit. Both of these are now residing in Brianne's house, so she has a set of four. The post with the first two is here. 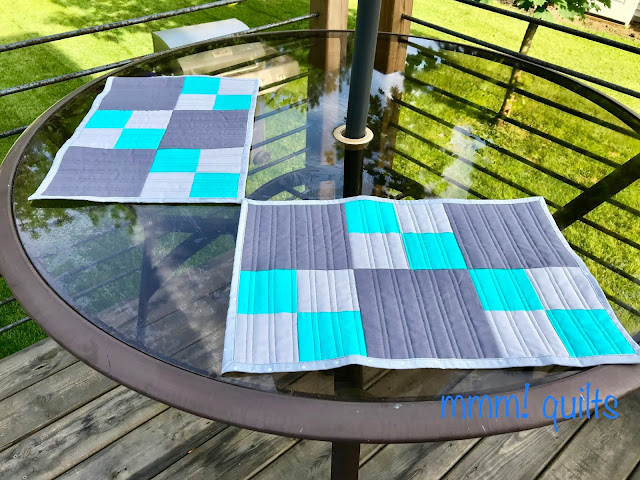 She put in a request before Christmas, and I delivered, but just two to be sure I had her approval. I got that approval with the first two, so the next two went onto the list of need-to-makes...


Brianne and Brady were coming to visit at the end of June so I figured I had better get her two placemats done! I made them the same as the first ones, pattern-wise, but I quilted them slightly differently. 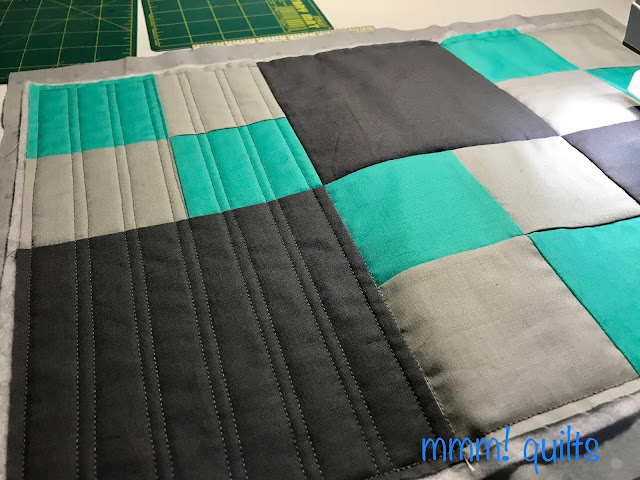 I did double rows of straight-line quilting. There is 1/4" between the double line, and 1/2" between sets. I quilted them on my Bernina.

I'd bought these grey pieces with embossed butterflies and another with polka-dots with no real purpose a while back. They worked out perfectly for the first two placemats, and I had enough to back these next  two, one of each print again, like the first two. 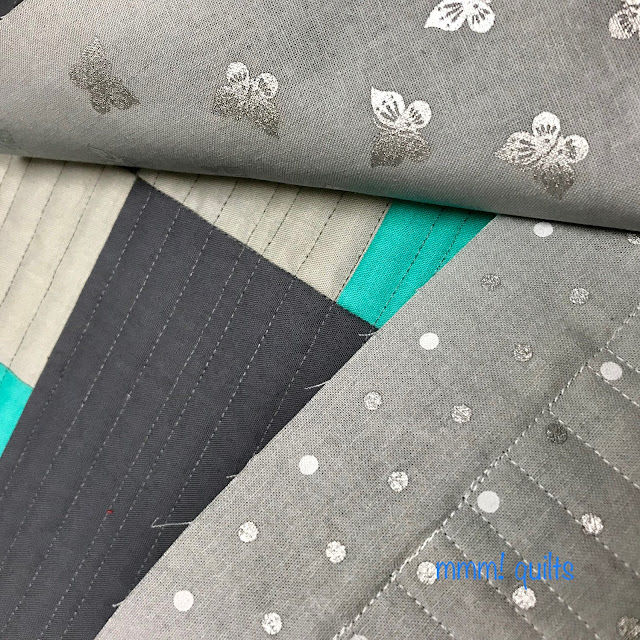 Here are the backs: 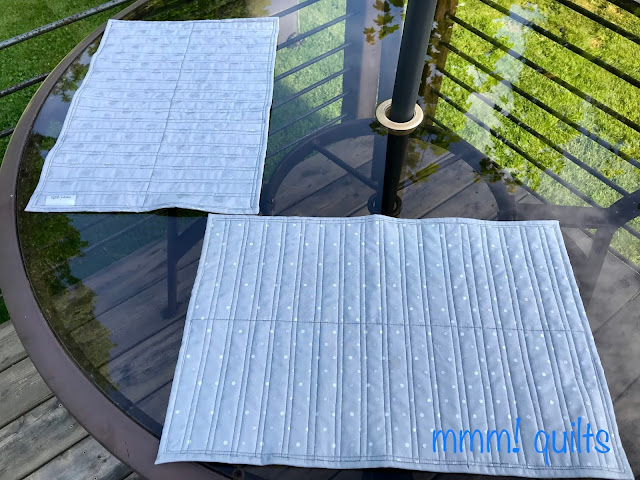 When I was looking for the grey backing, I came across this 'vintage' woven that I thought would make terrific napkins. I asked Brianne if she would be interested in a set of four, and she said yes! I'm glad she's becoming so environmentally conscious. 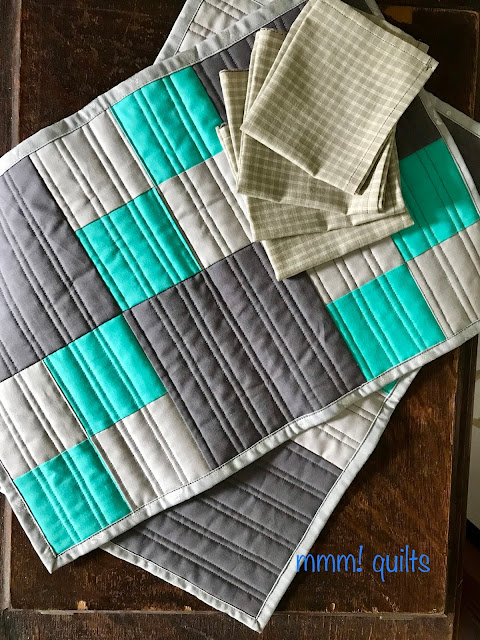 I've been making a point to only use cloth napkins, and it feels GOOD. Brady also made a request: a case for his chopsticks and so I made him one with a Star Wars scrap from his I Spy quilt. He loved it. I forgot to take a picture. One thing I didn't get done, well two, before they left, was a straw case for Brianne's metal straw she uses for her Starbucks drinks, and Brady's football quilt, but I did get two test blocks done, and they are great! It's a great pattern by Cluck Cluck Sew. You can see them in my previous post.