It's time for a quick update on my Tiny Tuesday blocks and my Pumpkin Patch squirrel I am chasing. I've completed all the Tiny Tuesday blocks as per Angela's instructions at soscrappy. I absolutely loved doing this scrappy tiny QAL this year. Here are the last three blocks. 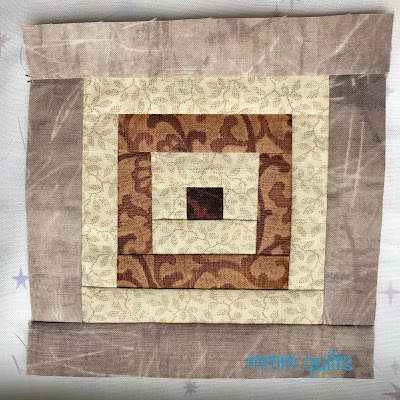 This one is Bulleye, and it really is square. I couldn't get that dang top rectangle to lie flat for the photo. I'm making this last month's blocks in browns, blacks and greys, so it was brown's turn. Once again, I've mixed 'vintage' fabrics such as the Cranston cream background with new ones such as the Paintbrush Studio 'Windfall' chocolate brown centre.
The next one is Split 16-patch. I did it in blacks and greys. I particular love the fussy cut 'i am happy' grey square. I used that fabric on the back of my A Bright Addition plus quilt. It is a wonderful fabric. There's a black city buildings scrap from the current quilt that is being pinned onto the longarm as soon as I hit publish on this post. I won't go into detail about the meaning of all the other fabrics but each one has a story, and there are some vintage ones to some 2019 ones. 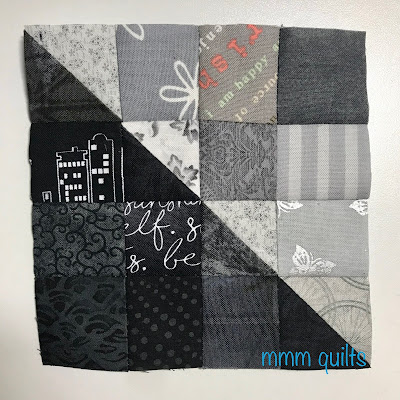 Finally, we have the very last block, Cornerstones. I haven't counted all my blocks to see if I can do the arrangement Angela shows on her blog. Some months we had the option of making a second block. I am pretty sure I didn't make any extra blocks. 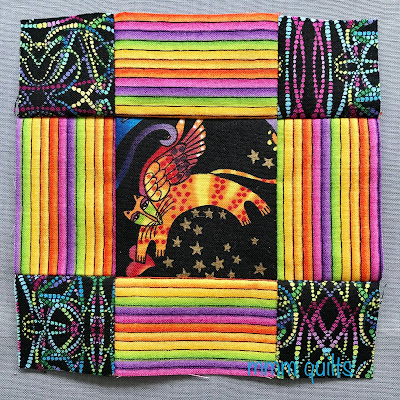 I had two brown and two black blocks for the month, so I elected to do a rainbow one with dark corners and centre for my very last block. I'm thinking, no hoping, it will be the very centre of my Tiny Tuesday quilt. This is one of my all-time favourite prints, Laurel Burch's 'The Holiday Collection' line from Clothworks. I used it as the border and on the back of my Rainbow Kitty Rows quilt, and on the very creative back as well as for an appliquéd a kitty on the label of my Merry Cat-mas quilt, and I used some of it on the front as well as for the back of Dayna's Christmas stocking. It has been spread around, and there's very very little left, but I was able to fussycut this centre. The four corners are Paul Nadelstern's Wonderlust line, and the striped one is from forever ago that I used to bind A Bright Addition.

I'm still waffling on what colour to use to frame the blocks. Some get straight sashing; others go on point. I thought of a mint green Kona I have... Of course there's grey as well.

I actually started a hashtag, lol: #qalpartyofone  Even more hilarious is that I'm behind in my own quilt along! I had to stop chasing the squirrel to make Nana's Closet, and quilt Nancy's quilt, but I caught up this weekend.

For the week of October 28: 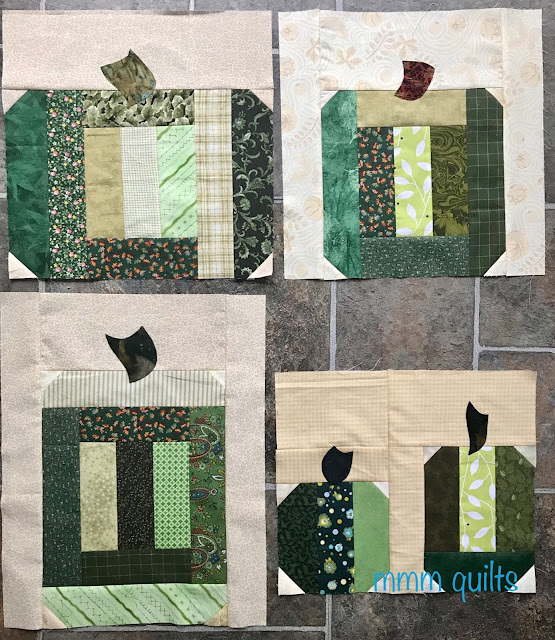 Green pumpkins, one each of the four styles of pumpkin blocks. I'm doing the background scrappy as well.

And the week of November 4: 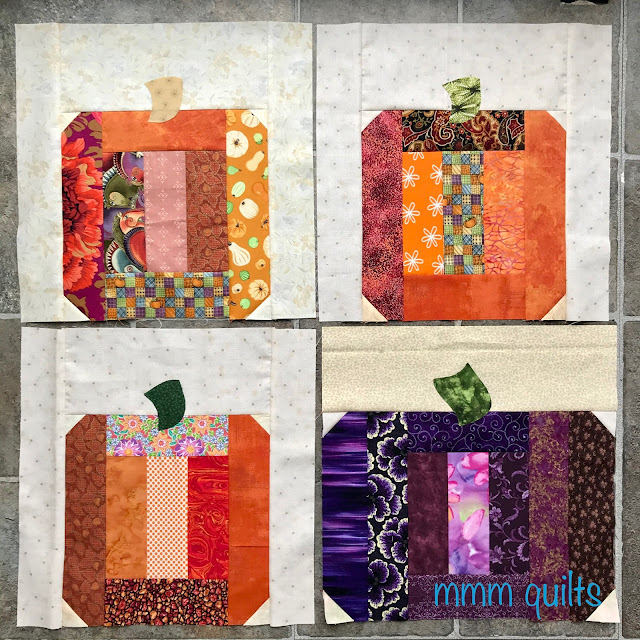 In the quilt there are five squarish pumpkin blocks in orange, so this week I did three, and one fat pumpkin in purple. I am mostly following her colour scheme of orange and green with a few purple blocks, but I plan to put in at least one, maybe two teal pumpkin blocks. 😉 Do you spot another Laurel Burch print in the top left orange pumpkin? From her Mythical Horses line. I made a bag for a very close friend out of it.

I need to make four for this week, and then the remaining for the week of November 18. That will give me the 20 I need for the top and then I can assemble it and maybe(??) get it quilted by the end of November? We shall see.

I also need to get crack-a-lackin' on my Island Batik quilt. It's not for lack of thinking. Once again I have too many ideas, and need to zone in on one. I also have about four ideas for December...

The 'A Piece of' blog hop continues this week with Island Batik. There is another chance at a precut bundle of one of the Summer 2019 collections. One of them featured this week is Mermaid Cove, which I was lucky enough to get in my Box #2, and which I will be using for this month's quilt.

And in case you didn't catch it, Connecting Threads (affiliate link) is offering a free charm pack today only with a $35 order! If you miss out on that, check out the Big Sale going on now for the next couple of weeks with new deals announced on Mondays, Wednesdays and Fridays. Their sales are pretty amazing. 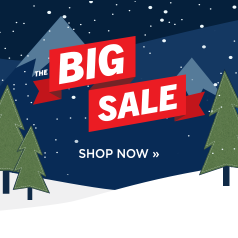 Linking up
soscrappy
Posted by Sandra Walker at 2:50 PM