I did it! I finally joined in. Each year for the past hmm, three or four, since my friend Pat wrote to me, asking if I'd heard of this, and saying she thought I should do it, I've meant to? Unfortunately, I just never have, though I've watched it each year. 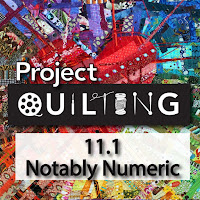 Well, this year the stars lined up, I did a DrEAMi! (Dropped Everything And Made it!) and joined in. 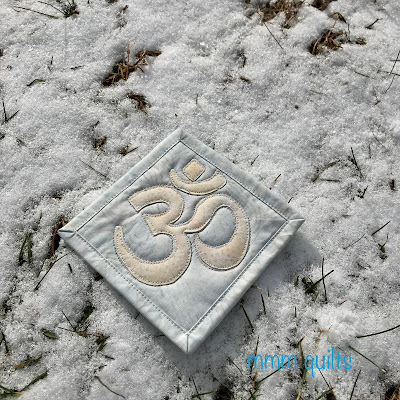 This is the Sanskrit symbol for 'om', also known as 'aum'.  It is said to be the sound of The Universe, and that all living, organic beings, whether human, beast or plant, emit this beautiful hum. Isn't the coaster subtle? Although I'd not originally planned to do such subdued colours when I had the intention to make coasters for a yoga student or two of mine, it evolved for a reason.

First and foremost, this has turned out to be a second project for Island Batik's January challenge. (Don't worry, you haven't missed the first, as I'm still working on it! Here is a link to the Instagram peek I gave last week.) So, the fabrics were supplied by Island Batik, the scrap of batting by Hobbs Batting, and most of the thread by Aurifil. You'll read more about the challenge below. 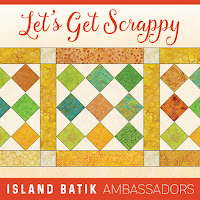 I'd hoped to get these done over Christmas. Once again I was given wonderful Christmas gifts by two of my students, one of whom has written me the most meaningful, makes-my-heart-full notes in cards. She has been a huge factor in developing my confidence as a yoga teacher. The other reads my blog and often takes time to tell me before or after class how much she enjoys it, and that she loves the way I write and the stories I tell, as well as the quilts I make. The fact that she reads my blog, and then makes a point to tell me, and offers such kind words, makes my heart full. 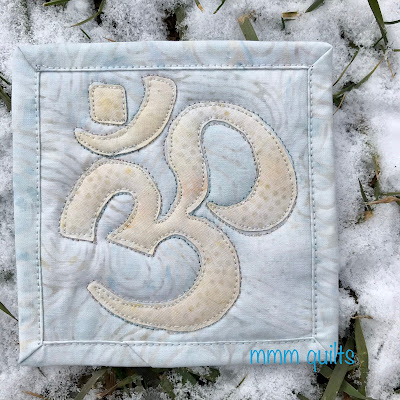 It's a reminder to me of a few things: to remember to tell and show people when you appreciate something they do, that the person who receives the appreciation feels like their soul has been hugged, and finally that all this appreciation promotes even more love and care. A rather disturbing event has occurred within the last couple of weeks of my teaching, something so contrary to the ahimsa (do no harm) philosophy of yoga, and contrary to the gentle, surrendering mindset of Yin that I teach. So making these little coasters reminds me to focus on the 99.9% of lovely, loving souls in my yoga classes, and the positive energy they bring to the class. The room virtually hums with it so many many times. I've wanted to do a little something for some time for these two in particular. I'd love to make all my students a little yoga quilt such as the baby-type or smaller sizes I always have in class.

I've quilted the om symbol a few times over the years:


I set the om sign on point in the first coaster because I was trying (under pressure; the deadline to link up was noon CST so I had mere hours) to centre it straight on, and it was tight, so I thought, hmm, would it fit better this way? Not exactly, but I liked the effect so I went with it. For the second coaster, I did it straight on.

I used the Crafted Appliqué method (my favourite) to appliqué the cream batik pieces onto the grey/blue square, which is called 'Whip Cream'. I love it. Aurifil is the grey they and another brand (longtime readers will know who!) is the metallic for that subtle hint of sparkle.

I like the way the free-motion quilting double-stitching looks on the back. 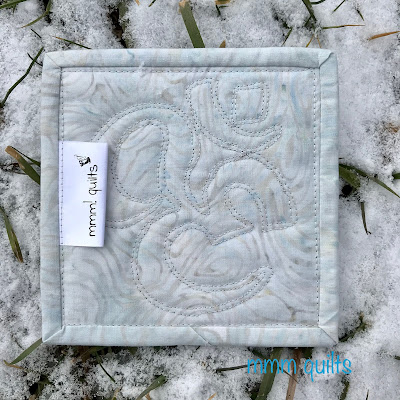 Yay, I remembered my label.
For both coasters! 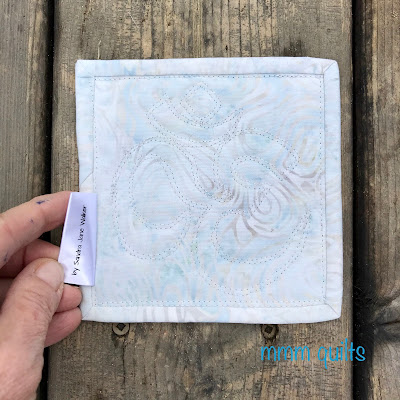 For these mini-minis, I cut my single-fold binding at 1.25", sew it to the back on three of the sides, leaving half of two adjacent side free for ease of joining the ends. Then I fold it to the front and top-stitch it down. 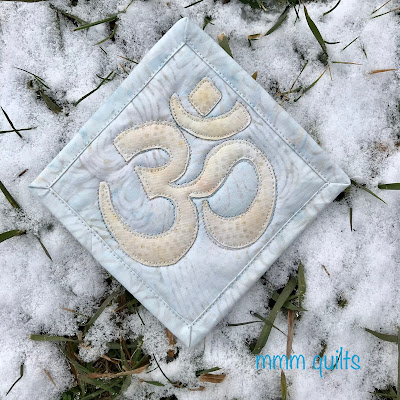 I'm happy we had a little snow on Sunday morning, that was gone by the afternoon, :-( to add to the monotone look of the photo.

As mentioned, Island Batik's January challenge is to make a scrappy quilt. Although this is not my planned project, it certainly counts as one, since the cream is a scrap, as is the Hobbs batting. The grey/blue is not exactly a scrap yet, but we are allowed to use 'will become scraps' lol, from our Box #1 of 2020, so I took that liberty here.

It also fulfils a challenge from my friend Helen of Word Weaver Art. I used this photo as inspiration:
Helen and Sara are running an inspiration challenge all year which you can read about in the link above. Sara is a photographer from Nova Scotia, and Helen is a painter from Arkansas. Basically, you choose one or more of the photos they provide as inspiration for a creative piece, any medium. I hope you'll consider checking it out; you never know where the squirrels lie! Or maybe seeing their photo prompts will give you the impetus, as it did me, to make or finish a project.

Seeing Sara's photo was the moment that I knew I'd make the om coaster I'd wanted to make, but in soft muted colours. In the photo below I tried to link that sparkle of the metallic thread with the sun glinting on the snow. 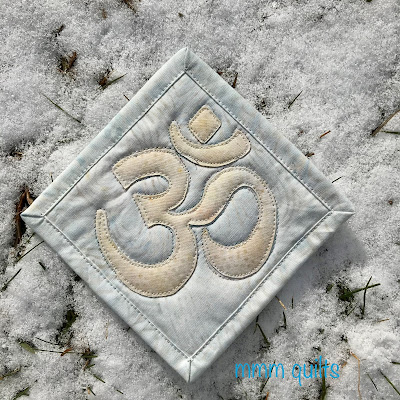 Then when I saw the Project Quilting challenge, I thought gosh, om looks kind of like a 3 and a 0, and I know the sound of it is broken into three parts, and once I pulled up a little research on the origins of the symbol, I found its threefold nature. Symbols of the three worlds: earth, atmosphere and heaven are in it. The three major Hindu gods, as well as the three sacred Vedic scriptures are represented in this symbol. I love the Indian philosophical belief that "God first created sound and the universe arose from it." (Religion Facts) Isn't that beautiful? Isn't it also beautiful how subtle the threefold meaning is (link to the subtle photo) and that so many religions acknowledge the significance of the number 3, which happens to be my favourite number, originally because of my birth date.

I got the second one made yesterday. 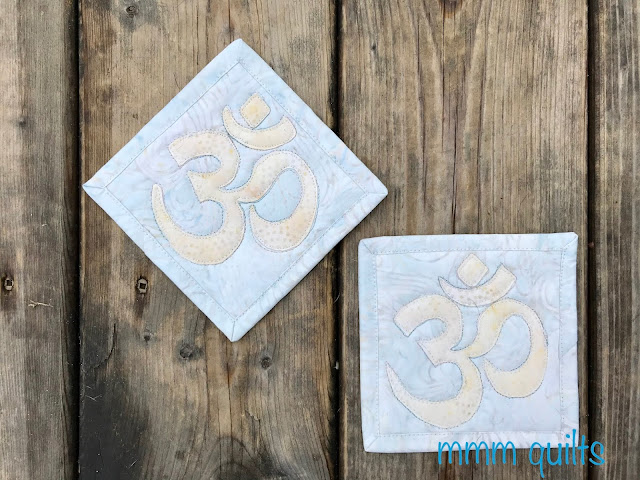 I still have another original idea, as to the making of two coasters using the word 'om', or a-u-m, as it is often written for the three sounds that comprise the Sanskrit word,

So yahoo! I can celebrate! 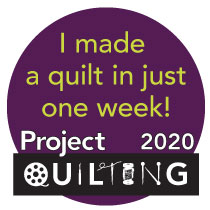 Posted by Sandra Walker at 3:34 PM