Cool tools on a Tuesday

I thought I'd show you a little tool I bought years ago, made by Clover, that I'm using again, and really liking.  No, I'm not getting any money or being sponsored for this!

I decided to work outside yesterday as it was just too darn lovely to be in the basement.  I also wanted to be beside my fur kids. 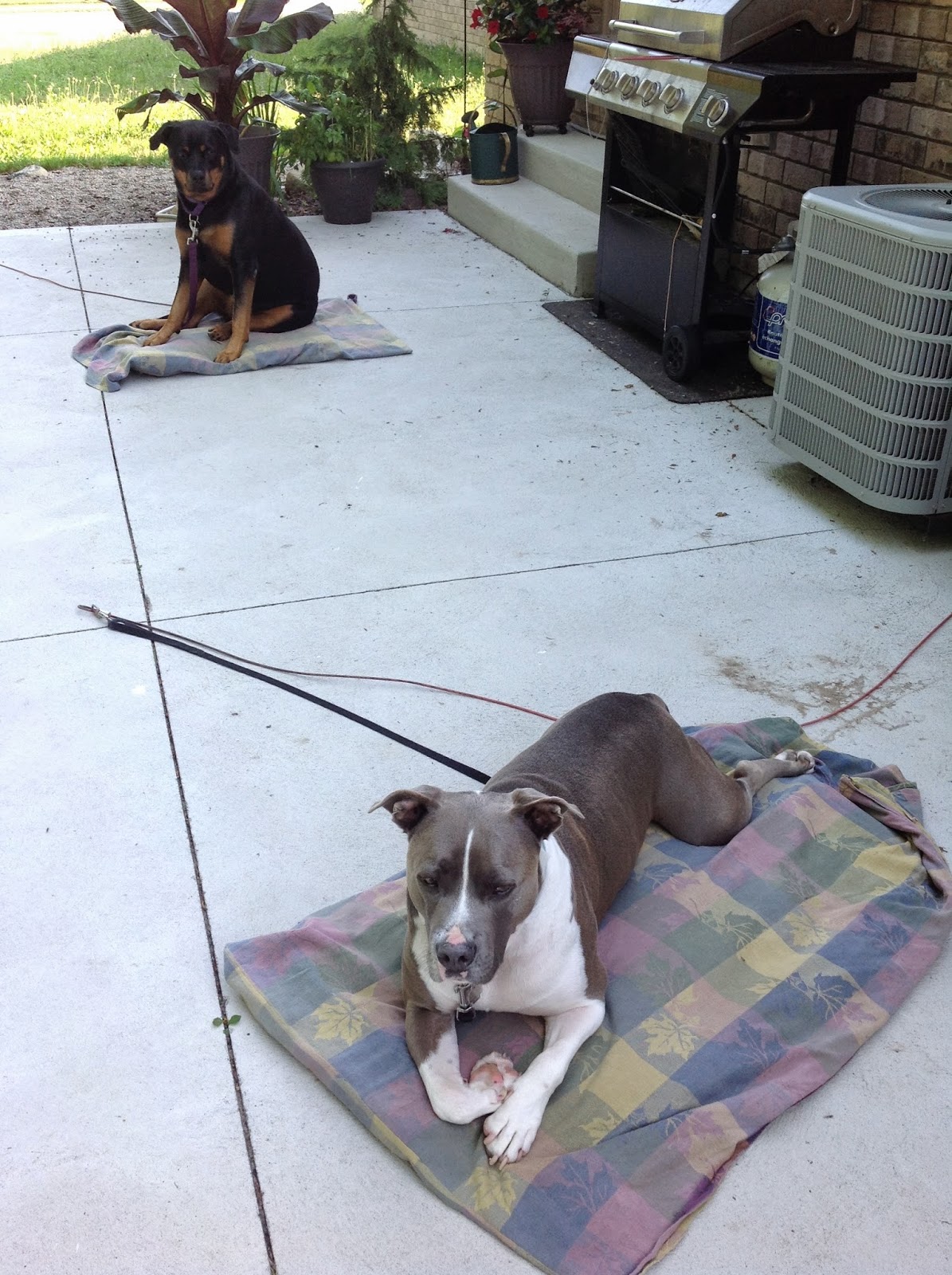 I am working on the a-a-a-appliqué of my as yet unnamed (although there are some names for it I've uttered which I won't print here) Self-directed Round Robin.  I need to create a fair amount of stem out of two different greens, so that is what I tackled yesterday afternoon on the patio. 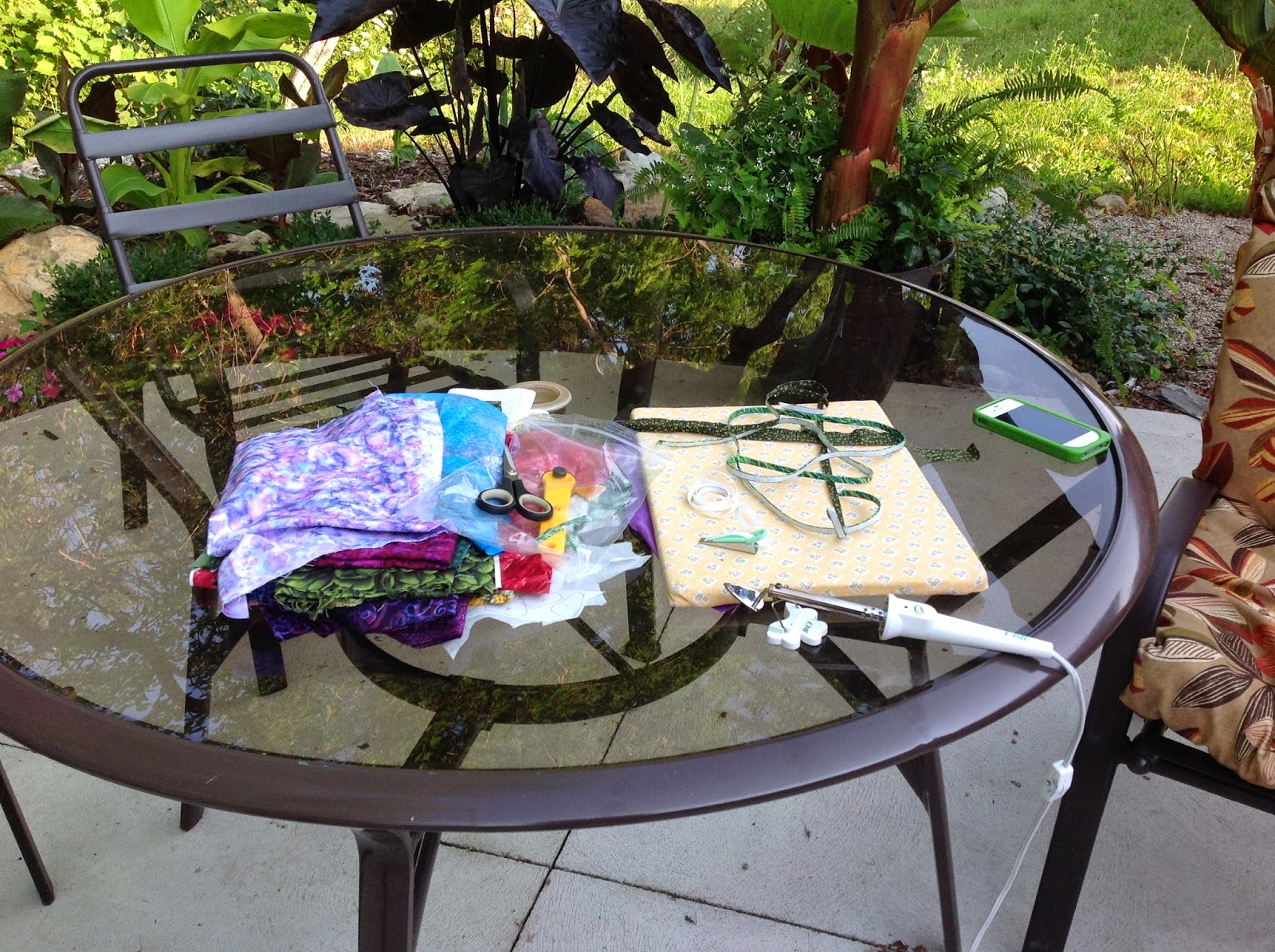 The stems finish at 1/4".  Which makes me twitch a little just thinking about that.  I start with a bias strip that is about 1/16 more than 1/2" wide.  The Clover bias tape maker takes a lot of my twitches away with its ingenuity.  The Amazon source is just one I found; I bought mine years ago at either Fabricland or my LQS. 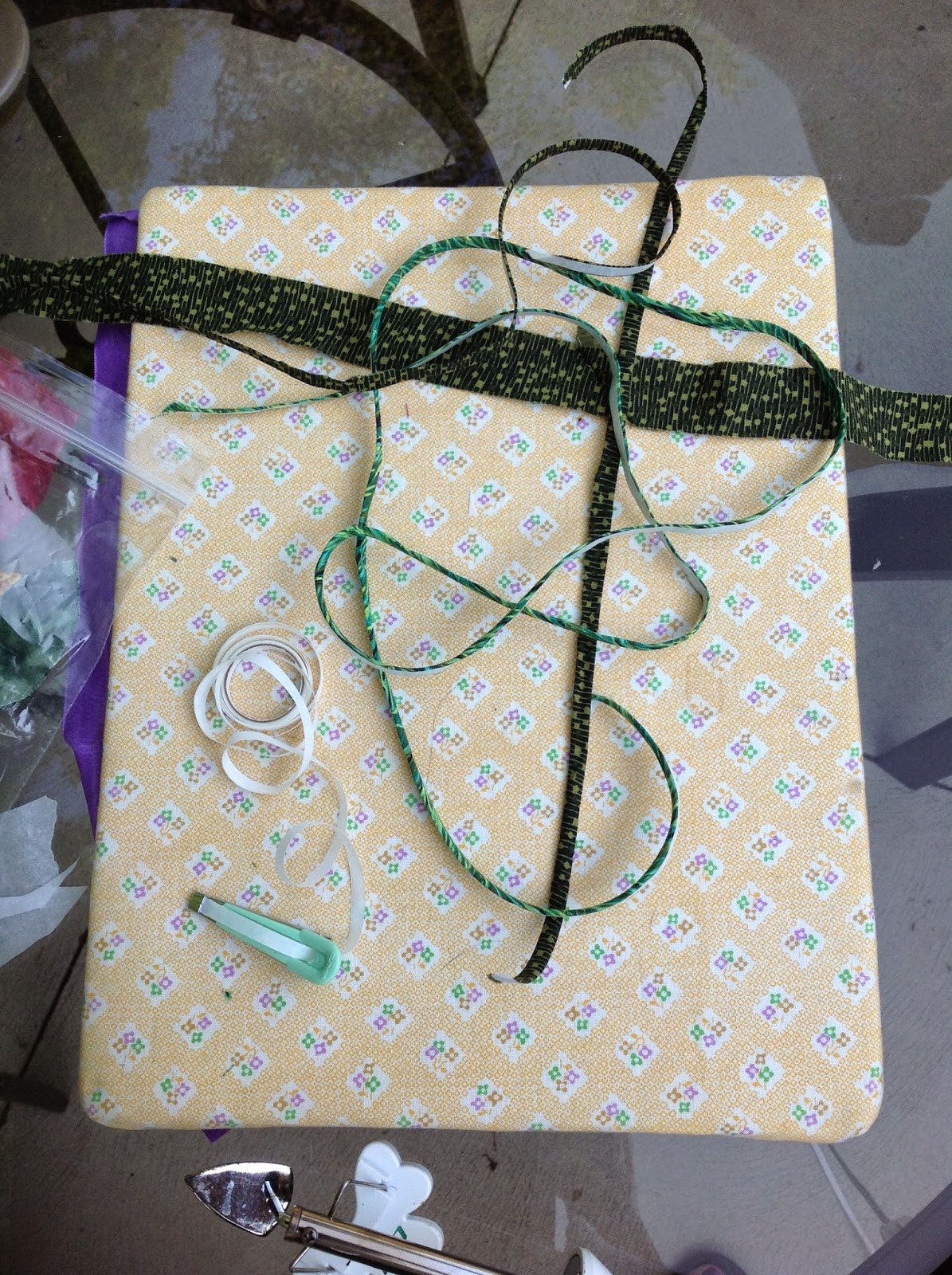 It has a section where you feed the roll of Steam-a-Seam paper-backed fusible pre-cut to slightly less than 1/4" in width.  The rolls are sold separately.  You feed the bias strip in underneath the fusible strip and much like the rolled-hem foot for your machine, it rolls the edges in, and as you gently pull on both the fusible and the fabric, you iron (with another of my favourite tools) the two together as they come out of the little gizmo.  Slick!  You do get a slight bump where there is a seam from joining strips together, but I have found that folding the edge under with a stiletto as you sew it down usually works just fine to finish that edge.

The iron is another Clover product, basically a curling iron, or soldering iron with a mini iron foot on the end.  It gets VERY hot, and I might have some blisters or burn scars to show just how it barbecues your skin in seconds.  If you click here, you will see the irons and (woo hoo!) I just found out there is a Clover Iron II as well as a larger footed tip available!  Dangerous...

I still have to make more of the darker green stem, but I think I have enough of the vibrant green.  And I still have thousands, well maybe hundreds, of flower pieces to go...  This HAS to be done for the September show, as does the paint chip challenge I wrote about.  At the rate I'm moving (rather, being distracted by other fun projects) this summer, it's going to be touch and go.

Some more of the Tula Pink City Sampler blocks that I made using mainly scraps from my Over and Under quilt, which might just go on the frame next, now that Floral Dreams is off.  These are a lot of fun.  Finishing at just 6", there are some TEENSY pieces!

And one of the biggest ongoing distractions:

Blue skies, blue shimmering waters, greenery above and below and beside me...good for the soul.

Posted by Sandra Walker at 9:59 AM