Angela said think forest when you think of the colours for May: green and a bit of brown.  Earlier this week I had that in mind when I pulled fabric and hauled my findings upstairs where I now work while Rocco heals. 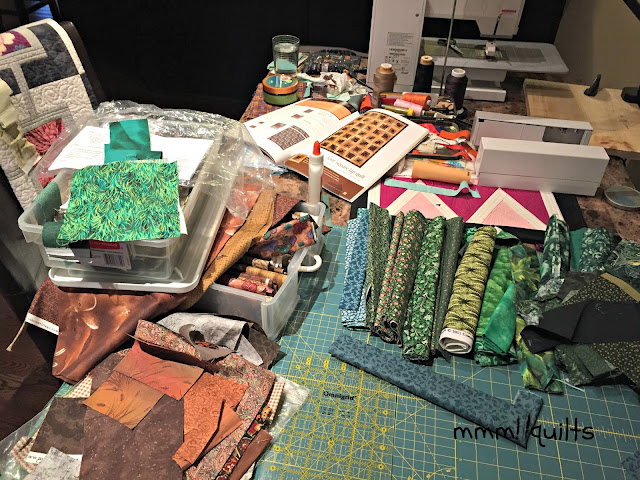 This second of my two RSC 2016 projects requires six blocks which run from lights to darks.  So not only am I playing with colour, I am also playing with value.  It's been a good opportunity to experiment and learn.  The next morning I ended up at this point: 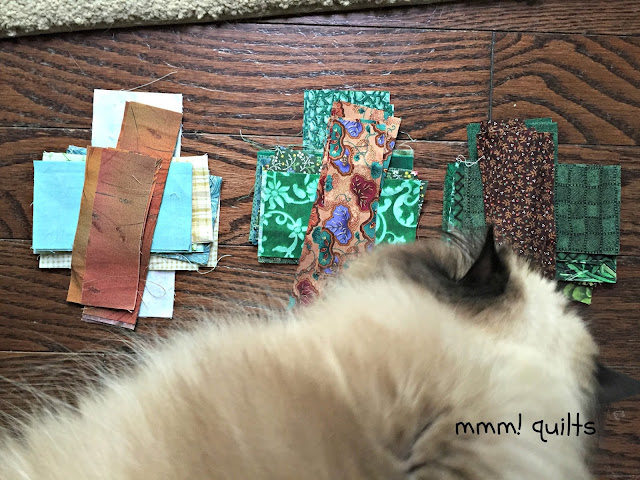 Sigh. She HAS to test out any new projects and new to her fabric, and get into a photo, any photo.  Try again: 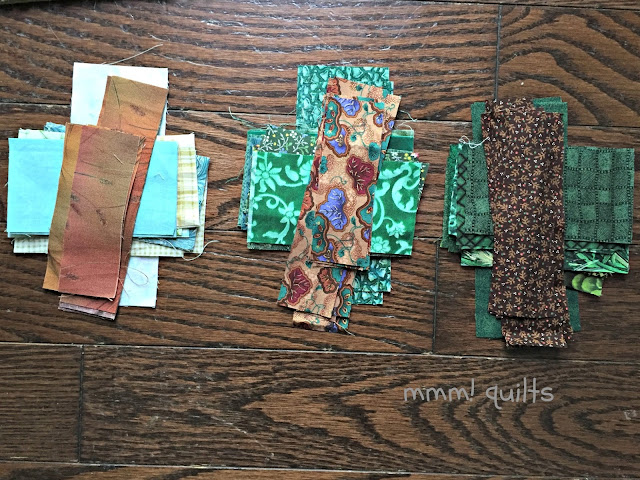 Pay attention to the browns there for later.

A little later that morning on my pibble-less (sniff) walk, I walked along the Chrysler Canada Greenway, which is a part of the Trans Canada Trail. 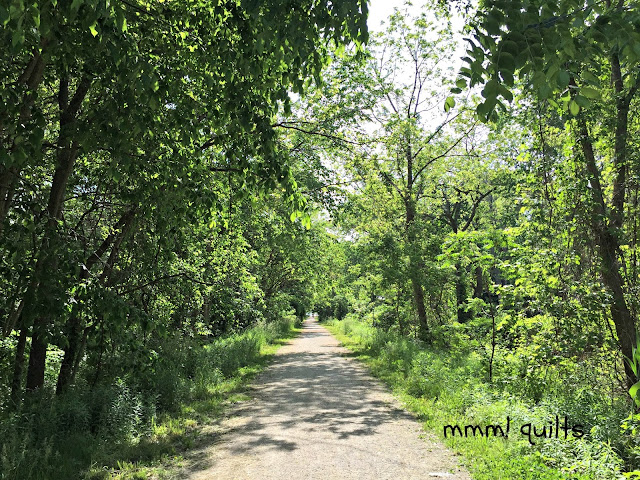 I love this trail that cuts right through my town. 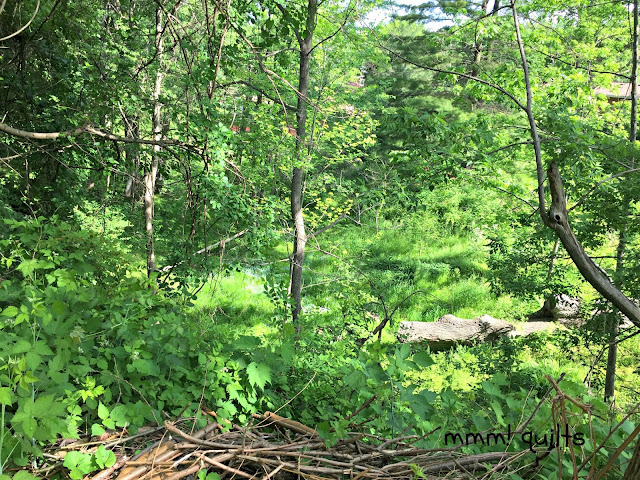 You can't get any sense of the depth here at Mill Creek; it really is quite a drop down there to that massive log.  I hear John Denver's "Cool and Green and Shady" in my head when I look at this photo.  THAT was my fabric pull!  That would most likely be similar to what Angela had envisioned.

Got home and between a few (read huge) events on Thursday and Friday, mainly on Friday, (see this post for details), I sewed these: 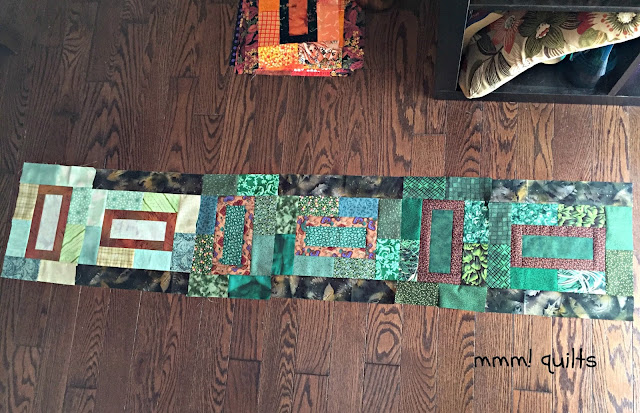 Oh yes, Bella messed them up.  More than once.  It was only when I put my medium mint chocolate blocks beside the light ones that I immediately noticed the browns.  Do you see?  The brown in the lightest value are actually darker value than those in the medium value!  I do love the pops of kelly green in the brown of the medium blocks and I don't know that they'd have glowed as much had they been with the lightest greens.  Also the browns in relation to the medium greens could appear darker if put with the light greens...yikes did you follow that?  I did when I typed it!  Regardless, I'm learning by doing and playing with colour and value.

Wanna see them all so far? 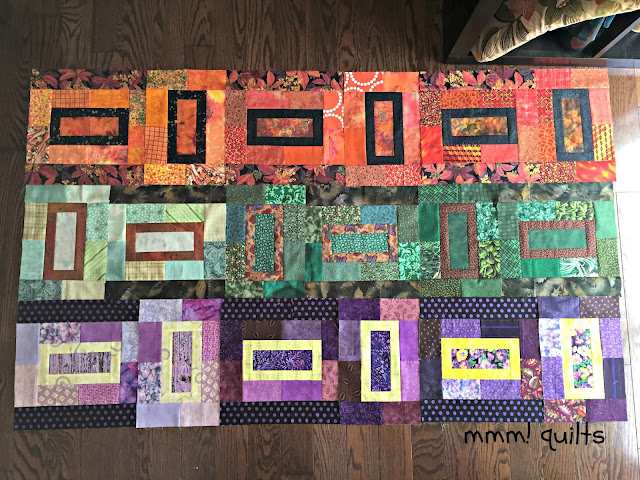 I'm liking it!  Technically the purple should be above the orange, but I wasn't about to move everything down (none of the blocks are sewn together) in order to do that. I still have to do the January blue with a bit of purple row and the February brown with a pop of pink row.  This second project sort of happened in Florida in March...another DREAMI moment.  Drop Everything And Make It.  Do you get those?

I'm looking forward to working with June's colours: blue leaning toward aqua with a pop of lime green.

One of the huge events I referred to is that I'm also working with some very specific fabrics in June on another project, which leads nicely into my OMG goal for June.  This is going to come completely out of left field, and it is totally a DREAMI event.  If you missed yesterday's post, you won't know that EEEEEEP!!! There is a new button on my sidebar...I got chosen to be the June designer for Henry Glass Fabrics Desire to Inspire challenge!!  I am just so über-excited I can hardly stand it!  There should be some lake-themed yardage arriving shortly for me to delve into and create some fabulous stuff by the end of June.
So I will be creating at LEAST a couple of items by the end of June; did I mention my brain is fizzing with ideas?   Don't worry; I've written them down, as we all know how on vay-cay my menopausal melon is these days...just wait, you will DIE when you hear what I did when I packaged up my Uncle Frank's and my Auntie Joyce's quilts to send to England...

Linking up with soscrappy for the RSC 2016 and with Red Letter Quilts for OMG.
Posted by Sandra Walker at 7:42 AM