I had originally thought I'd show a Stack 'n Whack (which clearly dates me, and I care not) quilt but then I remembered this beauty.
My favourite thing about Throwback Thursday is the stories behind our older quilts.  This one is no exception.
Update: Just talking with Jenn at A Quarter Inch From the Edge over email and this is what I said to her when she agreed with me about the stories:
"Stories we don't always realize we have IN the quilt itself until we start writing about it. Case in point, this one. I just thought of the link to the fabric in my Mystery, but when I started writing, all this spouted forth."

On to the spouting...

My husband, aka MacGyver, (he is amazing at fixing things and trouble-shooting; hence his nickname, coined by the illustrious Jude, next-door neighbour extraordinaire), where was I?! Oh yeah, MacGyver turned 50 in 2007.  He told me the one thing he desperately wanted for his birthday was to attend a Formula 1 race.

(THIS is one of those times where I wish I was back in my northern home of Kingsville, so I could insert a photo from that memorable race)

The United States Grand Prix was the last F1 race in the US until 2012, and the last F1 race at Indianapolis Motor Speedway (it's now held just south of Austin TX).  Lewis Hamilton won; I fell in love with Sebastian Vettel, young enough to be my son!  It was his first F1 race. I learned a lot about Formula 1.
It was a race that triggered our eventual early retirement and move back east.  We spent the non-race hours tootling around Indianapolis, rediscovering first of all, our love for the massive and majestic Eastern trees, Weeping Willows in particular, second, our love of endless hot and humid summer days, and finally, the general friendliness found in the American Midwest.

During our tootling, I made sure that we stopped at Quilts Plus, featured as one of the top ten shops in 2005 Quilt Sampler.  I didn't buy the quilt kit for the one in the magazine, but I spied this quilt hanging on the wall that used fabrics by Joanna Figueroa.  Love at first sight.  I didn't have much time; it was the Monday after the race and we were flying back to Alberta that afternoon. They were sold out of the kits they'd made up for it, but most of the yardage was still available, so I had it cut, substituting where needed.  I wandered over to the sale section, as I am wont to do, and scored the backing at a great price. 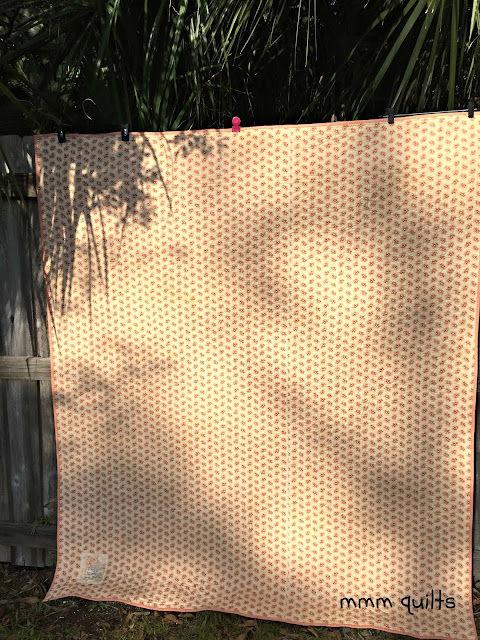 It may surprise some of you that I love car racing.  I spent three nights of my honeymoon at Checker Flag Raceway in Windsor, ON, and one of our first dates was at the drags in Edmonton. 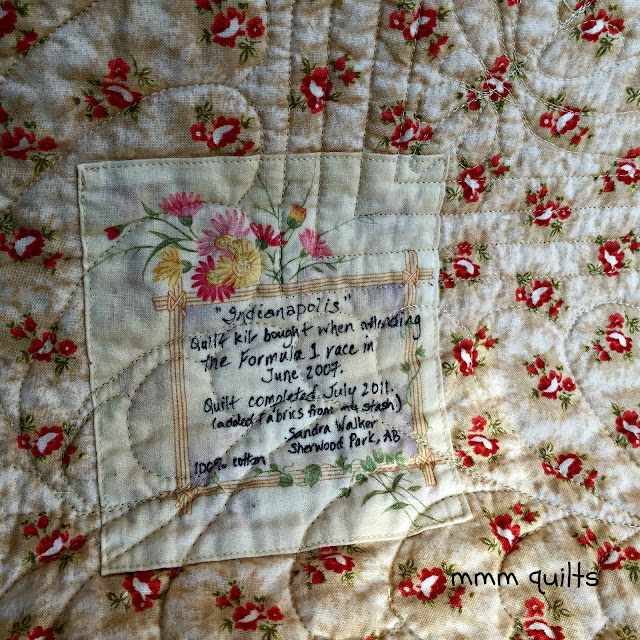 When I was thinking what to name this quilt, it just came to me that it had to be called Indianapolis.  Obviously.

Notice it took me 4 years to finish it.  I added one more column to it so it would fit on a bed which was why I need to augment the fabrics I'd originally bought (aside: Joanna has a really ingenious construction method).  I hand-stitched the binding down when we drove from Alberta to visit Dayna in Windsor in July 2011, and from there to Florida, and it has lived in Florida ever since 2011.

The reason I picked this one for TT this month is that that ivory and taupe low volume (it wasn't called that then) background is what I used up and ran out of in my mystery quilt!
Look: 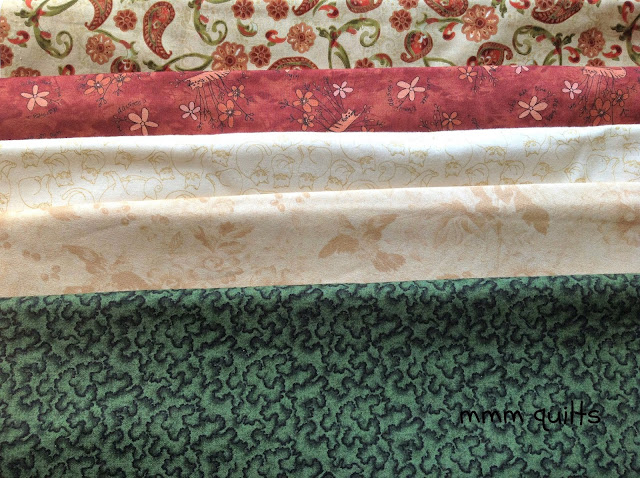 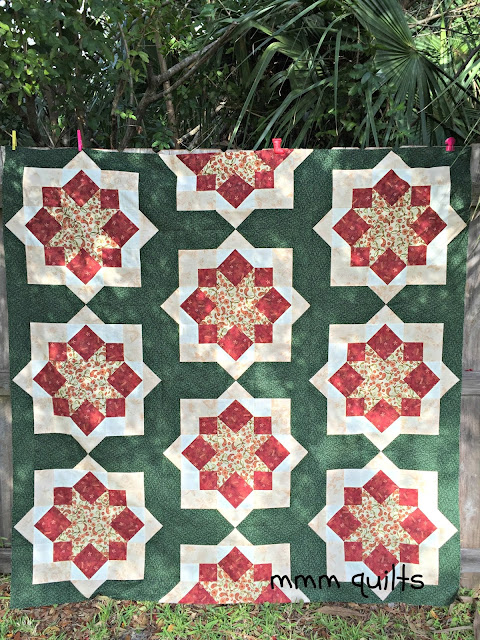 One more SO COOL thing:  I checked the spelling of MacGyver when I started this post, and found this link.  Um talk about synchronicity!  10 hours ago that hit the news!  A pilot for a possible reboot of the MacGyver series.  Who knew.  Neither I nor my husband ever watched the show; might have to check it out.

Remember the hint I dropped the other day about something exciting coming up next week?  It's a Craftsy Blog Hop!  You know how much I love them, so Julie of Pink Doxies and I are hosting a hop just to show you how Craftsy has sweetened up (get it?!) not just our quilt lives, but several other bloggers' lives as well.  Watch for posts with recommendations and inspiration.  Did I mention that there will be some pretty "sweet" giveaways as well?  Stay tuned for more deets!
Linking up at: 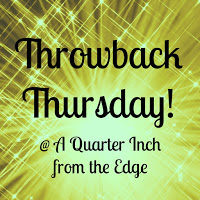 Posted by Sandra Walker at 7:41 AM