OMG I Finished my May OMG

Two days ago, I saw a couple of OMG finishes, and thought, 'Did I sign up for one? And if I did, what was it?'  So I looked back through my posts, and yup, I did, when I did my Throwback Thursday post for May, it was embarrassingly apparent that the cushion cover I was featuring was incomplete... 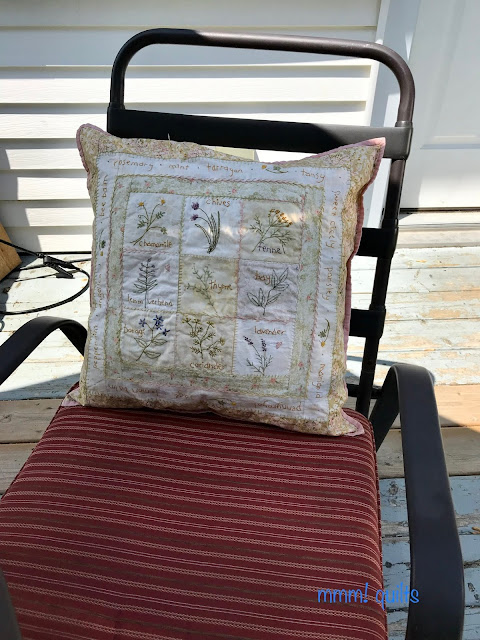 I actually found the threads, all together in a nice ziploc bag. It didn't take long to find the right green and pink I'd used, one strand of each. Thank goodness it was not really that much to finish it, maybe an hour's work all told, although there was a little angst for part of the finishing time... You see I needed to get out the buttonholer attachment for my Bernina, said attachment which hasn't been in operation for at least a decade.  Enter the manual. Follow directions on scrap fabric. No luck. Whatsoever. Try like six times and cannot get it to do more than stitch the first side. wtf (no I didn't actually, surprisingly, use the full expression!) 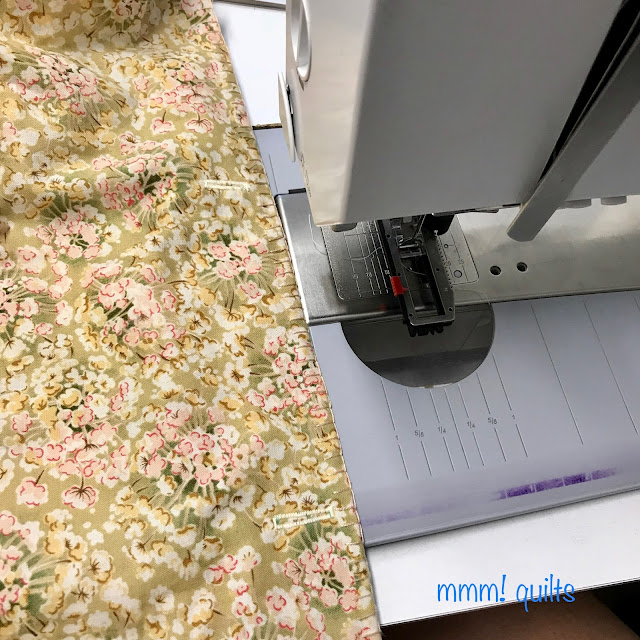 Well, that's what I did for the first one at the top of that photo. Looks decent. From here; don't look too closely. Set up for the second buttonhole and what the hell, but ya, it started working (actually it was the monkey on the button-pushing end who realized she'd been impatient and that it would, in fact, do the buttonhole, just took 3-4 extra stitches and then switched modes. Or something. I dunno. Whatever. The second one worked like a charm. They both work, as in close around their designated button, the faked one a tad tight but It's not like I'll be removing the pillow form too often!

Here is the back all nicely finished.

You might see it if you zoom in on the first photo, but some of the embroidery thread I used to blanket-stitch around the border has frayed, and needs re-doing...sigh. While I have the threads out, I promise I'll do it. I absolutely love blanket-stitch.

Linking up with just hours to go!
Elm Street Quilts

Posted by Sandra Walker at 2:55 PM