Fabric, as we know, is darn expensive. Here in Canada we are hoping that the prices come down now that we have entered into the TPP agreement (Trans-Pacific Partnership), so hopefully we can get shipments directly to us from Japan, for example, as opposed to having those containers go to the US and from there we import it. This hikes our prices up because we pay duty twice, the duty that the US is charged, and then the duty that Canada charges for an import from the US. A quilt shop owner explained it to me, so correct me if she was wrong. Bottom line: fabric is expensive, so any time I can avoid wasting it, I'm a happy girl. Here is my progress for the Sweet Star block for Jessica Dayon's QAL. 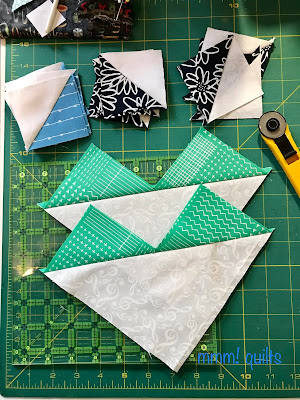 Here is the first block I made using her flying geese method of stitch 'n flip. Love! 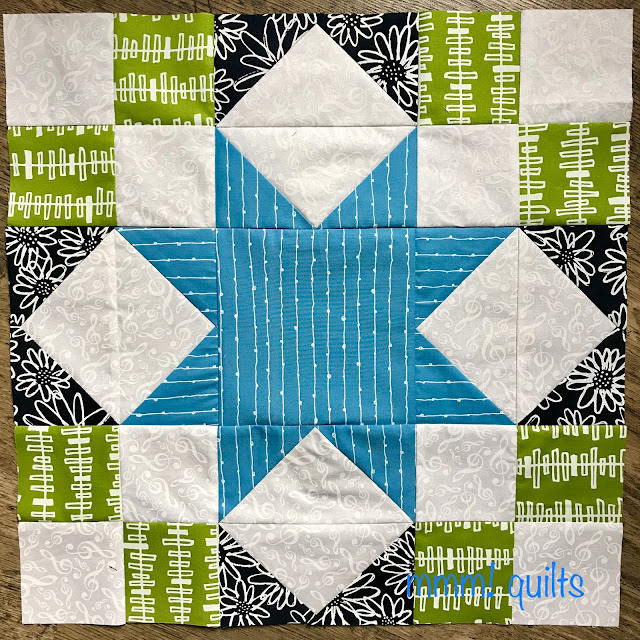 Then I did a few blocks using the No Waste Flying Geese method by Eleanor Burns. 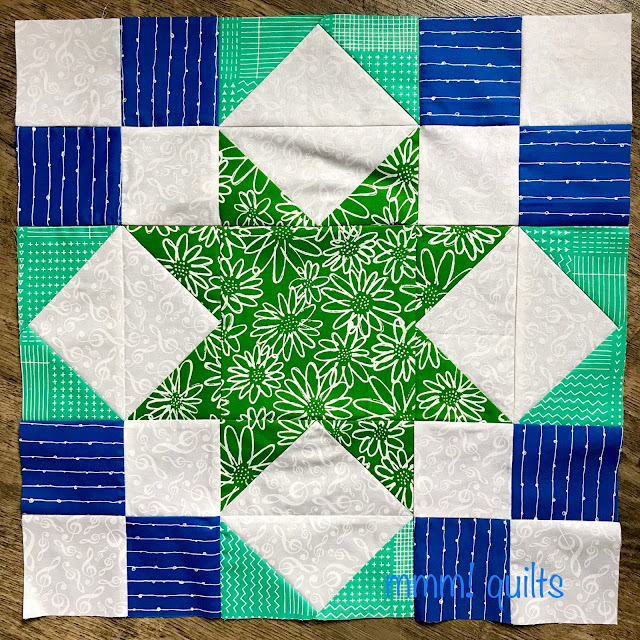 Blueberry Park has some striped fabric in it. The first time I used it in the centre star it bugged me a little that the stripes were going different ways. Not a lot. Just a little. I mean the star points in each corner match don't they. Still...
I also am making the block a little differently, which uses less fabric which is extra-important because my background treble clef fabric is limited, as in even doing this new way I still don't have enough, waaah! However, that's part of quilting isn't it? Square in a square aka Snowball block for the win. (There now, I'm all hip again. Sort of.)

Tip for striped fabric: if you leave a striped fabric wrong sides together and cut on the diagonal through both layers, you will get proper left side and right side triangles. If I can work it so they're all running in the same direction, it's a bonus.
Also see below in the comments, Jan of The Colorful Fabriholic's tip about cutting to orient your stripes all the same way when using the No Waste method! Thanks, Jan!

Here is a star block with the strips all aligned. 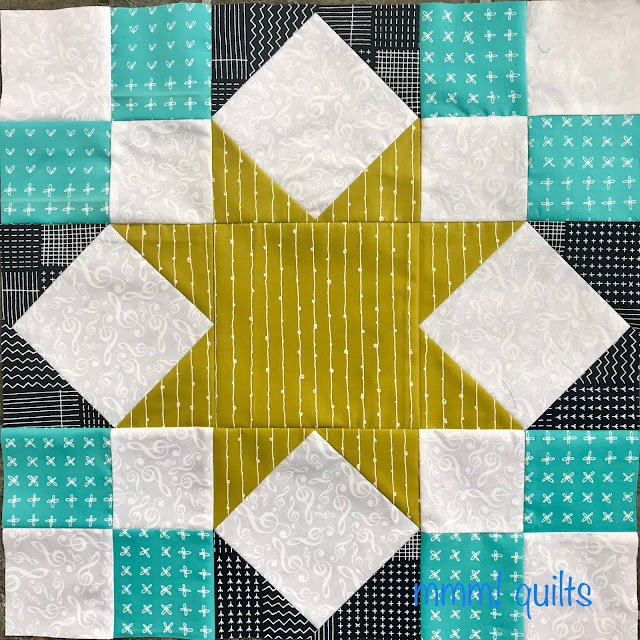 First eight blocks. This is now Week 4, so by Friday I have to make four more! I'm making the 16-block version so it will be a large quilt. 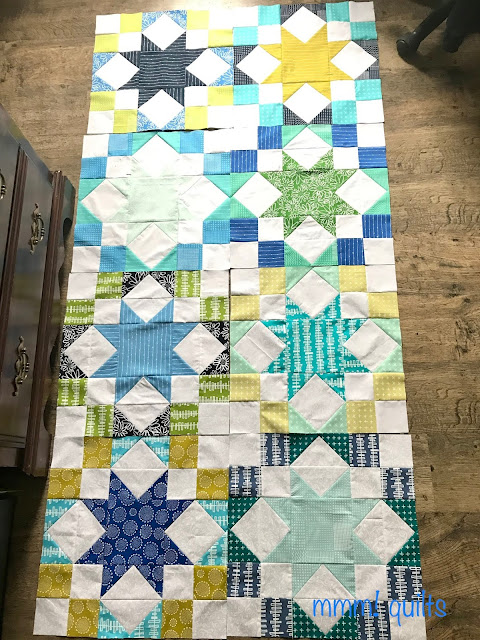 The builder took the weekend off, but he and my husband, the intrepid MacGyver, are working today. They've had a change in the plan of attack. Remember I said in my previous post were we not living in the house, Dan would've taken the entire roof structure off (makes me shiver just imagining it) and rebuilt it, rather than rebuilding it in sections as he has been? Well, he's decided that instead of building the dormers from up there, they are going to build the dormers on the ground, and then get a crane to lift them into place once they've torn off the remaining two sections on either side of the centre section he did last week. They are busy out there measuring and sawing and pounding and building as I type. Lego for adult men!
Remember (I did not; had to have it explained and shown to me) that the roof has a pitch, so the edge resting on the driveway will be at an angle, making the opening for the window perpendicular to the ground. Just as MacGyver wanted him to, he has made the dormers as wide as they could be within the upstairs restrictions of previous construction/angles/space, etc.

It fascinates me, this rebuilding. Like quilt construction; there are many different methods to construct a block! And, sometimes it's better to rip out and start over to get a better end product.

Posted by Sandra Walker at 1:53 PM